As his wont, Amla, a Test-mould player, mostly stuck to traditional cricketing shots to score the ton. 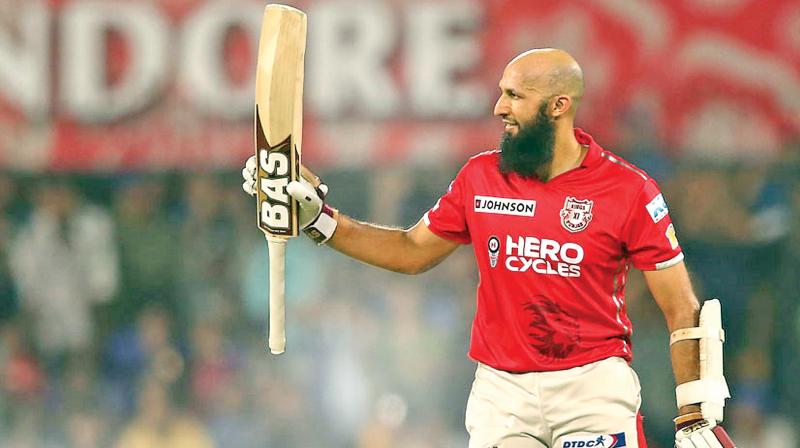 Mohali: Veteran South African player Hashim Amla feels that the IPL has become a lot more accommodating for ‘orthodox’ batsmen like him and says that one can score big runs in T20 format with proper cricketing shots.

Kings XI Punjab opener Amla hit a brilliant 104 off just 60 balls, which was studded with five sixes and eight fours, though for a losing cause as his side lost to Gujarat Lions by six wickets here on Sunday. It was his last game in the IPL-10 as he left for South Africa to join the national side. His countryman David Miller has also returned home.

As his wont, Amla, a Test-mould player, mostly stuck to traditional cricketing shots to score the ton. This was his second century for KXIP this season, the previous one being against Mumbai Indians.

“Everybody who plays T20 cricket has to find a way of how to maximise each ball they faces. You will find many examples of better cricketers who have been successful in T20 cricket without necessarily looking agricultural, as they say. They have played good cricketing shots and managed to get runs,” Amla said at the post-match press conference.

The 34-year-old veteran of 104 Tests, who has a triple century to his credit, said every now and then when a batsman, who is not known for lusty hitting, scores big in T20 cricket, such talk crops up.

“So, I think over the ten years of IPL and T20 cricket around the world, I know it comes up every time someone who has got his runs who is not known or is not a massive six hitter. But this has been happening for many years now. I think guys are becoming a lot more accommodating for players like that,” Amla said.

Talking about KXIP’s match against Gujarat Lions, he said setting a target of 190 for the visiting side was a pretty decent one, but gave full credit to the opponents for chasing down the total.