Why did BCCI ignore Dravid, Kumble?

These are issues that not just administrators and franchise owners have to live with, but also fans have come to accept. 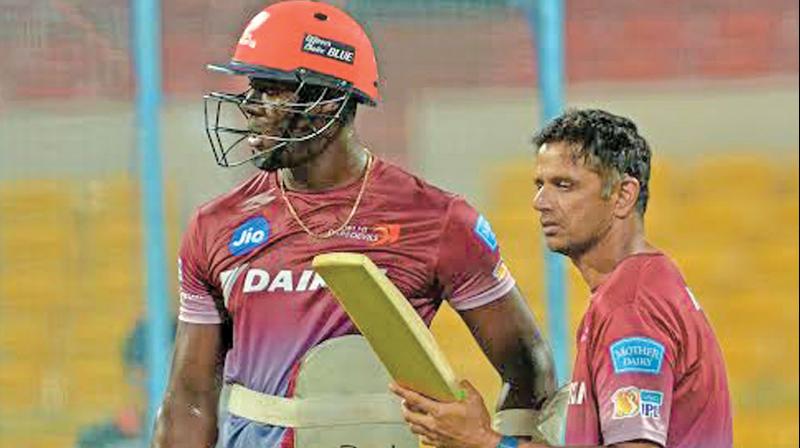 Going by the packed crowds for the first three matches, the 10th edition of the IPL has got off to a flying start. This should quash compunctions that the absence of several key players — through injury, fatigue or international commitments — would affect the league's box-office.

The IPL is now robust enough to withstand such last minute setbacks. The risk of injury is always present in sport and is beyond anyone’s control. Also, international cricket will (and should) get priority over domestic leagues.

These are issues that not just administrators and franchise owners have to live with, but also fans have come to accept. Of course, if the absenteeism of star players becomes frequent, it would take its toll of the league. That aspect cannot be ignored.

The IPL’s eco-system includes, apart from fans and franchise owners, also sundry sponsors, broadcasters, media rights owners et al. This is sustained by star power, without which the league would lose flavour and appeal.

The only discordant note, in my opinion, was the opening ceremony. Or should that read in the plural, for four such ceremonies were planned this year! The wisdom of such indulgence is strongly suspect. From what one saw in the first three games, the ceremonies were unimaginative and amateurish.

At Hyderabad, where the season got underway (and therefore had the main ceremony), it was shoddily executed, the felicitations for former stalwarts Sachin Tendulkar, V.V.S. Laxman, Sourav Ganguly and Virender Sehwag notwithstanding.

Why Rahul Dravid couldn’t make it I have no clue, but without him, the bracket of batting greats of the previous generation is incomplete. Even if he was coy about it, Dravid had to be compelled to participate. Or the event should have been differently structured.

I’ll take it a step further. Should such honour ignore Anil Kumble, arguably India’s greatest match-winner? It is these things that make batting achievements get undue weightage vis-a-vis the bowling in India, which needs urgent and serious correction.

Nevertheless, the cricket action more than made up for this poor exhibition. Though two of the three matches (played till Friday) were one-sided affairs, there were enough thrills and spills to keep fans and viewers engaged despite the missing stars.

Defending champion Hyderabad began in style against Bangalore who clearly had their heft in batting diminished without Virat Kohli, AB de Villiers and K.L. Rahul. At Rajkot, Chris Lynn and Gautam Gambhir powered Kolkata to a stunning 10-wicket win over Gujarat.

These are early days, but even after just one match each, Hyderabad and Kolkata announced themselves as the teams to beat this year. Not just the margin of victory, but the manner in which it was achieved and the fine balance in team composition they possess that was impressive.

Pune, so dismal last year, prevailed in a humdinger against Mumbai. The virtuosity of Steve Smith, who captains the team this year, saw them home in a pulsating final over. If he continues in this rich vein, the young Aussie may be anointed Peshwa in Pune!

However, despite the brilliant batting of Smith, Lynn, Gambhir, Yuvraj, Rahane and Raina, the first three days was noteworthy for the wrist spinners on view.