Sunday's meeting was the first SGM after the implementation of Lodha Panel reforms which axed Anurag Thakur. 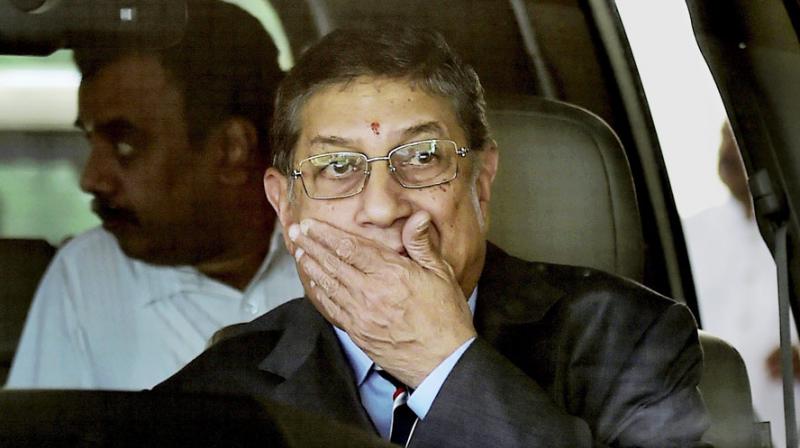 Former BCCI president N Srinivasan was present in the despite being warned by the CoA. (Photo: PTI)

: The BCCI Special General Meeting (SGM) was on Sunday adjourned till April 12 (Wednesday) after it was decided that the board will now wait for the Supreme Court's verdict on the eligibility of the members, who can be present in the meeting.

The Committee of Administrators (CoA) has sought intervention from the Supreme Court to adjudicate whether disqualified members can attend meetings. The issue is likely to come up for hearing before the apex court on Monday.

As per reports, the meeting was adjourned before it even formally began. Former BCCI president was present in the despite being warned by the CoA. Srinivasan was forced out of the BCCI in the aftermath of the IPL 2013 spot-fixing scandal.

Other big names who were present at the meet included Saurav Ganguly, Rajiv Shukla, Niranjan Shah and TC Mathew. The meeting was chaired by acting president CK Khanna.

Sunday's meeting was the first SGM after the implementation of Lodha Panel reforms which axed Anurag Thakur, and other office bearers, from holding a post in the BCCI.

The primary objective of the SGM is reported to be the appointment of BCCI's representatives to the International Cricket Council (ICC) meetings.