Graeme Swann believes that Joe Root can do much better without the burden of captaincy on his back. 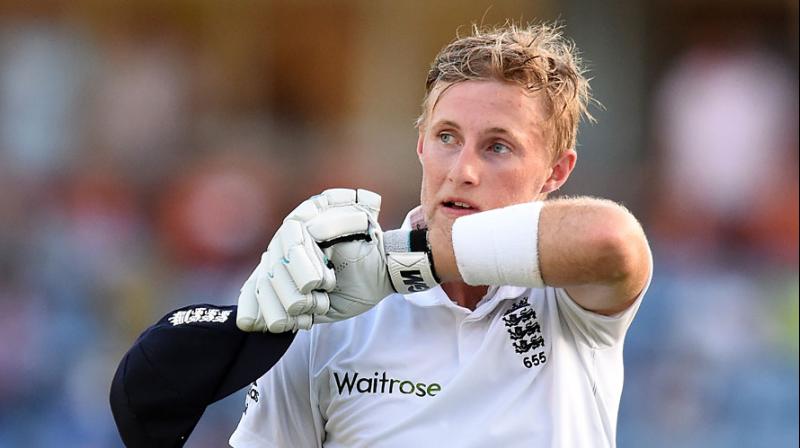 Graeme Swann believes that Joe Root has curtailed some of the flamboyance in his game, in order to prove to everyone that he can be the captain of the side. (Photo: AFP)

: Requesting the and Wales Crickt Board (ECB) not to appoint Joe Root as the captain, Graeme Swann suggested that paceman Stuart Broad should skipper the Three Lions in Test cricket.

Joe Root, 26, has often been regarded as one of the most talented batsmen to have come out of . Hence, when Alastair Cook stepped down from his role as the Test captain of , Root seemed like an automatic choice.

However, Swann believes that paceman Stuart Broad should be made the captain of the side instead of Joe Root.

“I think I’m the only person in the world who says no to Joe Root as captain. If it was down to me right now I’d give Stuart Broad the job,” Swann was quoted as saying in British publication Daily Mirror.

Swann believes that Root has curtailed some of the flamboyance in his game, in order to prove to everyone that he can be the captain of the side.

“I think Joe is growing into a more mature player and he is trying to be more serious and trying to prove to everyone that he’s got the character to be captain,” he said. “But I think it is actually affecting his batting already and he’s not the cheeky, dynamic, ‘joie de vivre’-type player that he was two or three years ago.

“He’s not scoring the same huge amount of runs, he’s being consistent, but I think he’s just lost a little bit in trying to be this captain material and I really worry.

The 37-year-old believes that Root can do much better without the burden of captaincy on his back.

“I think we should leave Joe Root to be the best batsman this country has ever produced which he would be without the burden of being the captain. I wish they would leave him alone,” he concluded.