Mumbai get a boost ahead of 500th match

Approaching the historic occasion, the 41-time Ranchi champ is boosted by the return of Shreyas Iyer, who returns from international duty. 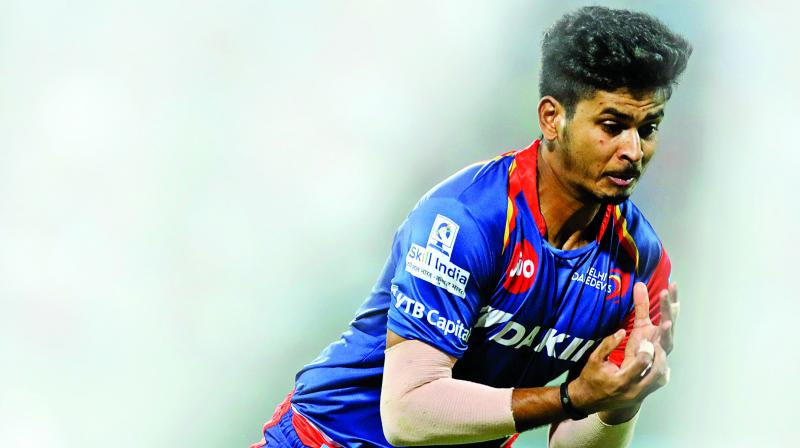 The landmark match will be played at the Wankhede Stadium against Baroda on Thursday.

The 41-time Ranji Trophy winners, Mumbai were handicapped by the absence of key players by the beginning of the season, but it doe not hamper the performance of the team as they approach their 500th Ranji game. The landmark match will be played at the Wankhede Stadium against Baroda on Thursday. Mumbai’s fortunes have been boosted by the return of middle-order batsman Shreyas Iyer.

Iyer played his first ever match in Indian colours against New Zealand at the Feroz Shah Kotla Stadium, New Delhi but unfortunately, he did not get a chance to bat.

Skipper Virat Kohli promoted him to the number three position at the second T20 in Rajkot. Shreyas showed glimpses of what he is capable of, smacking his very first delivery for a boundary against a ferocious Trent Boult. He will return to the Mumbai side on a short notice from Thiruvananthapuram.

Coach Sameer Dighe is pleased with Shreyas’ performance and he feels his return will make the side stronger.

“Shreyas is in great form and it was visible when he was playing against New Zealand. He scored a great century against Tamil Nadu, the team will definitely benefit from his arrival,” he said.

Like the availability of Shreyas, there was speculation of in-form batsman Rohit Sharma featuring in the 500th game but the squad sheet disproved it.

The team resumed training on Tuesday after a short break as they returned from Bhubaneswar earlier this week.

Pacer Shardul Thakur looked sharp in the nets along with youngster Prithvi Shaw who is going through a purple patch at the moment. There was also some playfulness around the camp as it was skipper Aditya Tare’s birthday.

India batsman Ajinkya Rahane, who was in Mumbai's squad for the fixture against Odisha, will stay and play another match before he leaves on international duty for the Test series against Sri Lanka.

Rahane had been selected to play for Mumbai in the premier domestic tournament in the country as he was not included in India's squad for the T20I series against the Black Caps.

Despite not having any commitments with the national team at that time, Rahane had made himself unavailable for Mumbai’s first two games in the 2017-18 Ranji Trophy season. The right-hander had gone to Seychelles for a brief holiday.