Mitchell Starc makes history with two hat-tricks in a game

Starc finished with the match figures of 7/97 in NSW's 171-run victory. 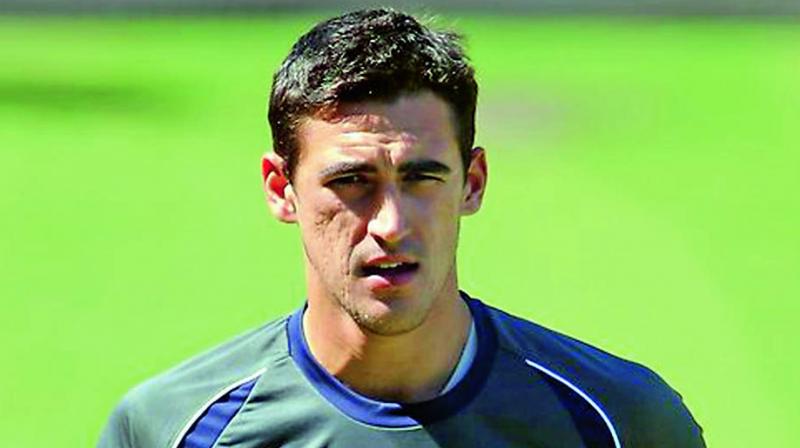 Sydney: Strike bowler Mitchell Starc became the first man to take two hat-tricks in the same first-class game in Australia on Tuesday as he hit ominous form ahead of the Ashes Test series against England.

The left-arm paceman became only the eighth player in first-class cricket history — and the first in 39 years — to achieve the feat as he spearheaded New South Wales to victory over Western Australia in the Sheffield Shield.

Having removed Jason Behrendorff, David Moody and Simon Mackin in WA's first innings to complete his first career hat-trick, Starc then got both Behrendorff and Moody again off the final two deliveries of his 15th over. Jono Wells then edged Starc on the first ball of his next over to Australia and NSW captain Steve Smith at first slip to end the match. 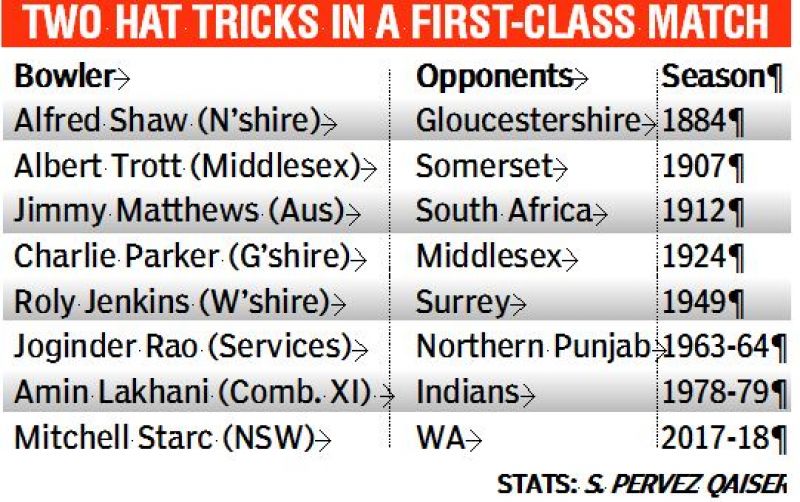 Starc finished with the match figures of 7/97 in NSW's 171-run victory. He also took a career-best 8/73 for NSW against South Australia under lights at Adelaide Oval and looks in ominous touch ahead of the Test series.

Australia take on England in the first of five Ashes Test matches in Brisbane, starting on November 23. Australian leg-spinner Jimmy Matthews remains the only player to take two hat-tricks in a Test match after he did it against South Africa in Manchester in 1912.