Akmal now also shares the record for bagging the most number of ducks in T20I cricket. 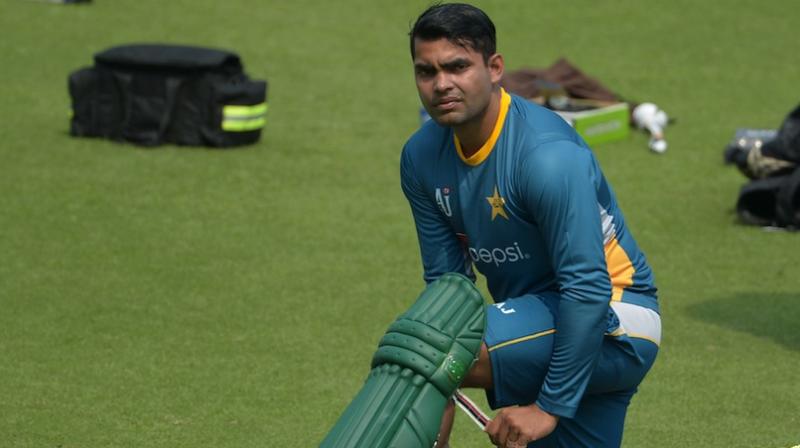 He achieved this embarrassing feat in the team's second T20I match against Sri Lanka in Lahore. (Photo: AFP)

Lahore: Pakistan batsman Umar Akmal has registered an unfortunate record to his name as he now has the most number of first-ball ducks in T20Is.

He achieved this embarrassing feat in the team's second T20I match against Sri Lanka in Lahore.

Akmal is followed by Sri Lanka's Tillakaratne Dilshan, Pakistan's Shahid Afridi and Bangladesh's Mashrafe Mortaza on the list of most number of first-ball ducks in T20Is.

Dilshan, Afridi and Mortaza have each been dismissed for a first-ball duck five times.

The 29-year-old last played a match for Pakistan in 2016 against the West Indies in Abu Dhabi.

Akmal has now been dismissed without registering a run in both T20I matches against Sri Lanka.

In the second match of the three-match T20I series, Sri Lanka posted a total of 182/6 in the allotted twenty overs after opting to bat first.

Bhanuka Rajapaksa scored 77 off just 48 balls for the Islanders. Chasing 183, Pakistan could only score 147 and suffered a 35-run defeat.

Inexperienced Sri Lanka have now won the series 2-0 with one match still to go against Pakistan, who is currently the world number one team in the shortest format of the game.