Bangladesh were at 136/6 after the stumps were called early due to rains. 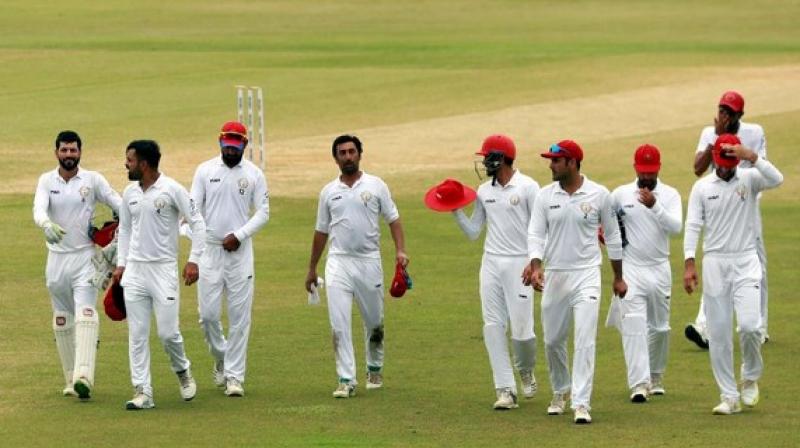 Bangladesh were at 136/6 after the stumps were called early due to rains. Skipper Shakib Al Hasan and Soumya Sarkar will resume their innings from 39 and 0 runs respectively on Monday. On the other hand, Afghanistan required four more wickets to win the match.

Chasing a target of 398 runs, Bangladesh openers built a 30-run partnership for the first wicket. Liton Das scored nine runs before he was found in front of the wickets by Zahir Khan.

Mosaddek Hossain and Shadman Islam stitched 22 runs partnership for the second wicket. Hossain (12) was caught by Asghar Afghan off Khan at the score of 52/2.

Islam held the one end strong but his partners were kept on changing as Mushfiqur Rahim and Mominul Haque departed after scoring 23 and 3 runs respectively.

After guiding the team to the 100-run mark, Islam (41) was sent back to the pavilion by Mohammad Nabi.

Mahmudullah (7) failed to leave his mark on the scoreboard as he was scalped by Rashid Khan at the score of 125/6.

Earlier, Bangladesh bundled out Afghanistan for 260 runs. They resumed their play from 237/8 and added just 23 runs to the scoreboard and posted a target of 398 runs for Bangladesh.