Ashes 2019: David Warner ducks out again as Australia post target of 383 runs for England to win 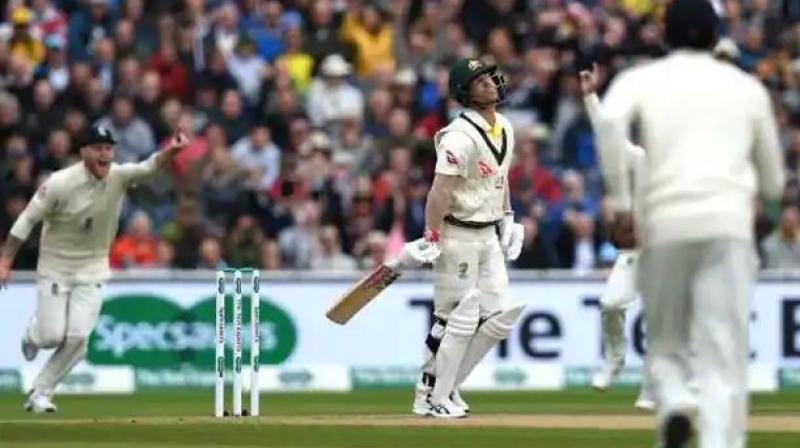 Aussies suffered a bad start as they lost opener David Warner for a duck (second time in a row) in the first over for a duck. (Photo: AFP)

Manchester: Australia declared their innings at 186/6 and posted a target of 383 runs for England to win the ongoing fourth Ashes Test at Old Trafford Stadium here on Saturday.

Aussies suffered a bad start as they lost opener David Warner in the first over for a duck. He was departed by Stuart Broad for the second time in the match and overall sixth time in the series.

Marcus Harris (6) was too dismissed cheaply by Broad. Marnus Labuschagne and Travis Head failed to leave their mark on the scoreboard as they were sent back to pavilion at the score of 11 and 12 respectively.

Earlier, England were bowled out for 301 runs as they added 101 runs on the fourth day after resuming their innings from 200/5.

English batsmen failed to make big partnerships in the middle-order and lower-order. Jonny Bairstow (17) and Ben Stokes (26) got the start but they failed to convert it to a big score.

Jos Buttler added some crucial runs as he played a knock of 41 runs before he was bowled out by Pat Cummins.