Sports   Cricket  08 Sep 2019  Abdul Qadir had completed half of his autobiography before his death: son
Sports, Cricket

Abdul Qadir had completed half of his autobiography before his death: son

In the book, Qadir had also talked about his close friendships with Sarfaraz Nawaz, Iqbal Qasim and Wasim Bari. 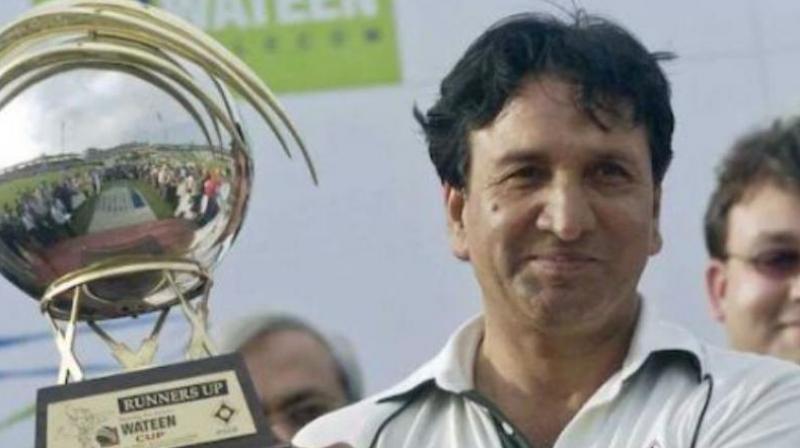 Sulaman said that his father Abdul Quadir was very keen to complete his book in which he has written about how he had survived poverty and played cricket.(Photo: Twitter)

Karachi: Spin legend Abdul Qadir had completed more than half of his autobiography before his passing away on Friday in Lahore, his son Sulaman said on Sunday.

Qadir, who would have turned 64 on September 15, died of cardiac arrest in his hometown of Lahore on Friday. He was having dinner when the cardiac arrest happened. He died on his way to hospital.

"He (Qadier) had completed more than 100 pages of his book and was very keen to invite Prime Minister Imran Khan for the launching ceremony in a few months time," Sulaman said.

"He has written all about his struggle to become a top player and his many interesting incidents in domestic and international cricket as a player and official and his relationship with Imran and others in the Pakistan team," he added.

Qadir's death has drawn tributes and condolences from the cricketing fraternity all over the world, including from his then captain and current Prime Minister Imran Khan who described him as one of the greatest leg-spinners in the world.

Sulaman said that his father was very keen to complete his book in which he has written about how he had survived poverty and played cricket.

"In one chapter, he has talked about how if he had breakfast in the morning, he was not sure if he would get food at night. Also about his experiences working at a bookshop and laundry for meagre allowances," said another relative aware of the contents of the book.

"(There was also) about the impact Imran had on Pakistan cricket and him, and his matches against Indian and many other interesting incidents including the one about how Shane Warne got in touch with him," he said.

"He (Qadir) has also written about the irony of life that there was a time when he used to sneak into the Gaddafi stadium to watch matches and today there is an enclosure named after him in the stadium."

In the book, Qadir had also talked about his close friendships with Sarfaraz Nawaz, Iqbal Qasim and Wasim Bari and how they supported him when he did not have a good Test debut.