Faf Du Plessis, on August 4, bagged the Cricketer of the Year during the Cricket South Africa (CSA) awards function. 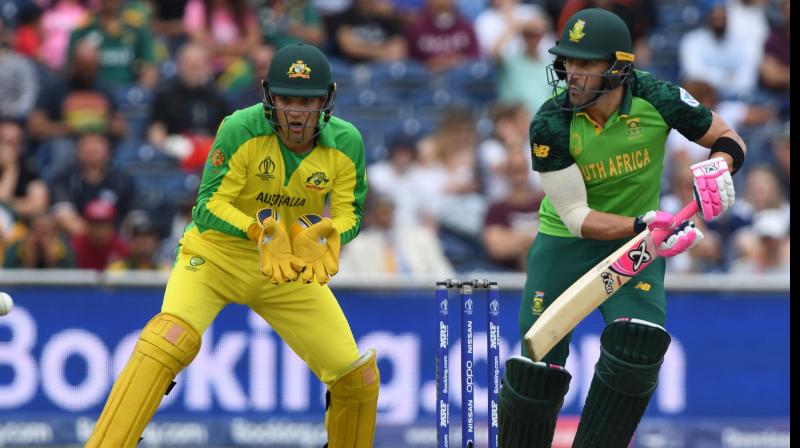 Cape Town: South Africa skipper Faf du Plessis said that 'specialness' of playing for the team is still there despite witnessing a disappointing run in the World Cup.

"Playing for the Proteas, even though it was disappointing how I felt after the World Cup, the specialness of playing for this team is still there. And I do feel there's a huge drive from me still to play for this team. Hopefully there's some really good things ahead for this team and for me with the team as well," Sport24.co.za quoted Du Plessis as saying.

"Getting the recognition of my peers is really special. I've been to the awards a few times now, been nominated in a few categories and won a few trophies here and there, but never have I won the Players' Player of the Year and that in itself, especially as a captain, makes it even more special for me," he said.

"Obviously the players recognise your performance, but as a leader that makes me extremely proud of that trophy. I've always strived for greatness more as a leader rather than as a player," Du Plessis added.

Du Plessis also said that he never imagined winning the Players' Player award when he was young.

"To be honest, when I was a bit younger, I never really thought it would be me standing there winning the Players' Player award. As I said, I've always seen myself as being the leader and stuff like that playing more of an important role compared to actually being a great player, so I'm extremely happy," he said.