Vaughan sarcastically asked Manjrekar whether he is picking 'any bits and pieces cricketer' in his playing XI. 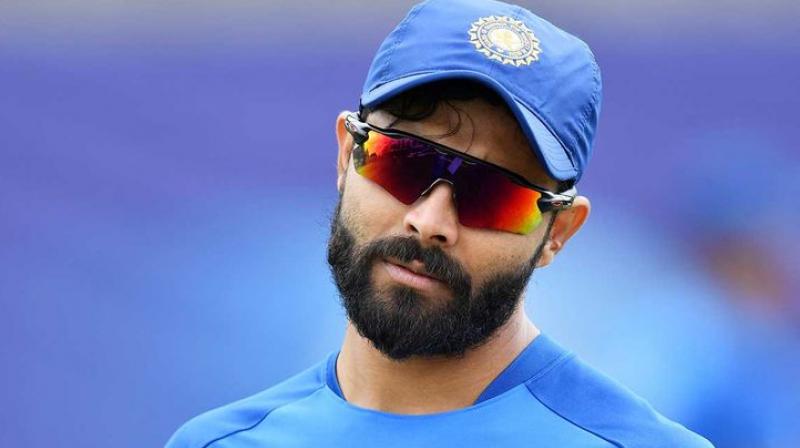 The former cricketer was slammed by Ravindra Jadeja on Twitter. Jadeja questioned Manjrekar for playing less number of ODI matches than him. Jadeja also addressed Manjrekar's commentary as "verbal diarrhoea".

Despite the row, Manjrekar surprisingly picked Jadeja in his predicted playing XI for India in the semi-final against New Zealand.

Trying to predict Indian team for the semis. Let’s see how many I get right. Do send yours too. Will retweet a few.
Rohit
Rahul
Virat
Pant
Hardik
Dhoni
Jadeja
Bhuvi
Shami
Kuldeep*
Bumrah.

*If pitch is not a turner.

Former England skipper Michael Vaughan responded to Manjrekar's tweet, pointing out his selection of Jadeja in the playing XI. “I see you have picked that bits and pieces cricketer !!!” Vaughan wrote on Twitter.

I see you have picked that bits and pieces cricketer !!! 😜 https://t.co/ChwxTgH76Y

Manjrekar came to his own defence over Vaughan's tweet. “Predicted’ my dear Vaughan...not ‘my’ team,” he replied on Twitter.

Vaughan sarcastically asked Manjrekar whether he is picking "any bits and pieces cricketer".

“What’s your team then my dear Sanjay !! Are you picking any bits & pieces cricketers ?” wrote Vaughan.

What’s your team then my dear Sanjay !! Are you picking any bits & pieces cricketers ? https://t.co/USVzBmoD9G

In the post-match conference, Rohit Sharma was also asked about his opinion on the recent rift between Jadeja and Manjrekar. Rohit Sharma stated that different people react in different ways to different situations and it solely a personal choice.

“See, that’s the challenge for the sportsman. All this distraction will happen, but every individual is different, and it depends on how he wants to think about that particular incident or situation. For me, like I said just now, I want to stay away from all of that and enjoy the beautiful weather in England,” said Rohit.