World Cup Managing Director Steve Elworthy has promised the Indian cricket board that the every step will be taken to avoid such incidents. 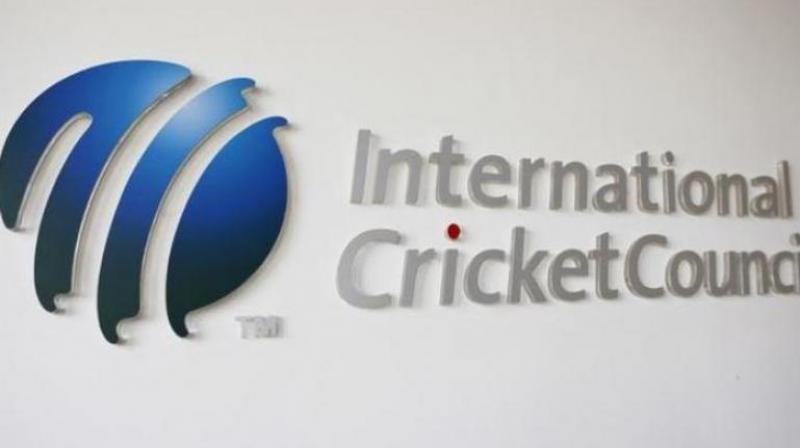 Mumbai: A plane carrying 'Justice for Kashmir' slogan was first seen flying over the Headingley Cricket Ground on July 6 during the match between India-Sri Lanka clash.

Another plane followed by slogan 'India Stop Genocide & Free Kashmir' was also seen flying during the game. It was further followed by one more plane which asked people to stop mob lynching in India.

Board of Control for Cricket in India (BCCI) demanded clarity on the process put in place to avoid a political slogan fiasco in Manchester when India are set to play New Zealand in the semi-finals of ICC World Cup 2019.

World Cup Managing Director Steve Elworthy has promised the Indian cricket board that every step will be taken to avoid such incidents.

In a letter to the BCCI, in possession of IANS, Elworthy wrote: "Jill McCracken (CWC Security Director) is meeting with the Police Gold Commander for Old Trafford on Monday, to establish his view on whether or not he is minded to prevent flights entering the airspace above Old Trafford. We will make representation in the strongest possible terms that the match is protected."

"Please be aware that it was this Commander who prevented the fly over at the India vs Pakistan fixture and his team at yesterday's match between Australia and South Africa, indicated they would be supportive of a similar approach.'

As far as the Leeds episode is concerned, Elworthy wrote: "Just as brief background, the CWC19 security team had been assured by the West Yorkshire Police (WYP) there would be no further incidents of flyovers at Headingley Stadium after what happened there during the Pakistan vs Afghanistan match."

"The Police Commander had given instructions to his team that he be notified of any planned flights yesterday. Unfortunately, he did not receive any information from his team that these four flights had been booked and scheduled, and only when they were in the air and in-bound were the WYP notified."

"Having said that, his view was that no offences had been committed after meeting at the ground yesterday. This effectively means our hands were tied as the Police are the only agency that could stop a flight from taking off. The Police operate within the rule of law and they are autonomous and we could not instruct them to do anything."

"You may also be interested to know that WYP are conducting a post-incident enquiry following the disorder at Pakistan vs Afghanistan fixture and now intend to make further enquiries into who chartered the flights on these occasions. Your High Commission may be minded to ask for sight of the findings of that enquiry once complete."

BCCI CEO Rahul Johri had also asked for a detailed explanation regarding the steps taken to avoid the Leeds incident.

"Kindly appraise us of the steps that have been taken by the ICC & the ECB to prevent any untoward incident when India play the semifinal on the 9th in Manchester. At our end, we are also in touch with the Indian High Commission in the UK, for them to address the issue with the relevant UK authorities. Please keep us informed," Johri wrote to the ICC.