Roy said after picking up the injury, he had a fear that he might not be able to play more games for the team. 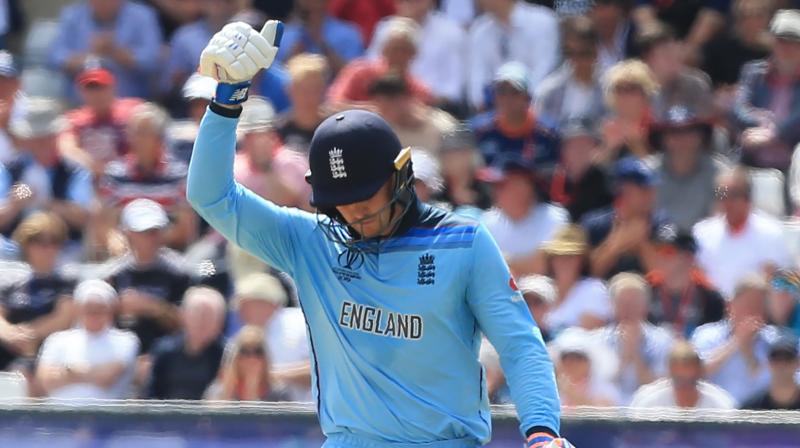 Jason Roy has amassed 341 runs so far in the tournament and played a knock of 153 runs against Bangladesh on June 8. (Photo:AFP)

London: After recovering from a hamstring injury he sustained during the early stages of the ICC Men's Cricket World Cup, England batsman Jason Roy said he is right where he wanted to be - both mentally and physically.

"It was a decent injury, which was a shame, but I was overworking it a touch and these things happen. The doctors and physios have been incredible to get me to the stage I'm at now where I'm at match fitness and I'll be able to get through the next two games for sure. I'm right where I wanted to be, both mentally and physically," ESPN Cricinfo quoted Roy as saying.

Roy has amassed 341 runs so far in the tournament and played a knock of 153 runs against Bangladesh on June 8. However, in the next match against West Indies, Roy picked up the injury which forced him to skip a few games for the English side.

Roy said after picking up the injury, he had a fear that he might not be able to play more games for the team.

"I'll be honest there was a bit of a fear I might be out. Initially, we thought I'd be back for the Australia game, but then the scan came back and it was a little bit worse than we had thought, so I needed more time. There was a bit of a scare there. But I needed to stay positive around the group. I was staying around the lads and travelling with them so I had to keep giving out positive vibes and try to help where I can," he said.

Roy made a comeback to the team during the match against India on June 30 and played a knock of 66 runs while his partner Jonny Bairstow scored 111 runs. In the next match, against New Zealand, Roy scored 60 runs while Bairstow hammered another century as he scored 106 runs.

Roy praised Bairstow saying that he is a 'great player' and loves his company.

"There's no secret to it apart from the fact that we both work hard and love batting together. We enjoy each other's company out in the middle and we just go to work really. There isn't much rocket science behind it. He's obviously a great player," he said.

England will face Australia for the second semi-final on July 11.