Shoaib Akhtar lashes out at AB de Villiers, asks him to ’Be a man’

De Villiers had decided to retire from international cricket last summer and had decided that he wanted to spend more time with his family. 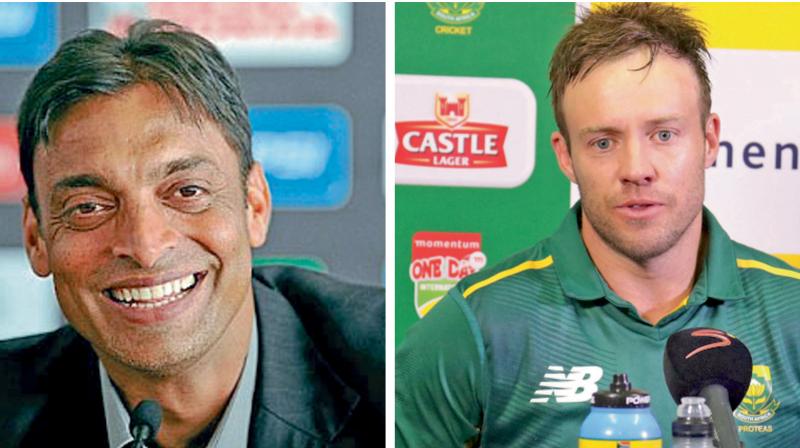 Akhtar stated that the retired batsman’s actions were a publicity stunt (Photo: File)

Akhtar stated that the retired batsman’s actions were a publicity stunt and accused de Villiers of choosing to play for leagues for monetary reasons.

De Villiers had decided to retire from international cricket last summer and had decided that he wanted to spend more time with his family, citing that he was mentally tired.

Ironically, however, he continued to play in various T20 leagues across the globe. The South African team meanwhile ran into difficulties following his exit.

Just hours before the South African team were set to announce their squad for the 2019 ICC Cricket World Cup, de Villiers offered to return to International cricket.

South Africa now struggle in the tournament having lost all three of their matches so far.