Rohit Sharma's century steered the Men in Blue to victory as India chased down the target successfully with 15 balls remaining. 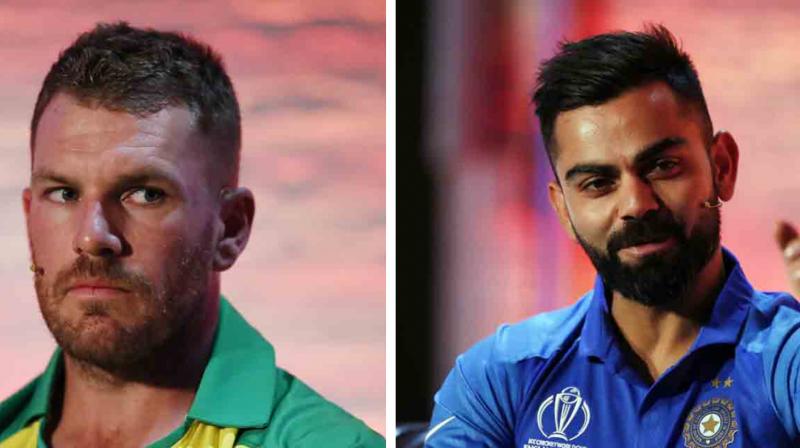 Mumbai: Team India started their World Cup 2019 campaign with a superb bowling performance against the Proteas. Yuzvendra Chahal and Jasprit Bumrah were the key elements of India's bowling attack. Jasprit Bumrah was brilliant with the new ball and Yuzvendra Chahal showed his expertise in the middle overs. The duo was successful in restricting South Africa to 227.

Rohit Sharma's century steered the Men in Blue to victory as India chased down the target successfully with 15 balls remaining. The only concern for India will be the form of Shikhar Dhawan. The left-hander has failed to make an impact in the tournament. Dhawan and Kohli are yet to register a big score in the mega-event.

The Australian team was tested by West Indies in their previous match. After losing early wickets, the Aussies were successful in posting 288 on the board. Australia's batting order will be led by David Warner and Steve Smith. Amid boos, both the players have the potential to turn the tide in Australia's favour. Mitchell Starc, Pat Cummins, Nathan Coulter-Nile and Adam Zampa are expected to make a formidable bowling attack.

India vs Australia ICC World Cup 2019 is going to be played at the Kennington Oval, London. There has been some rain around in London but the weather is expected to favourable on match day.