Hard to find a player like Pandya, says Virat Kohli

Kohli said Pandya should not be judged for things that are irrelevant. 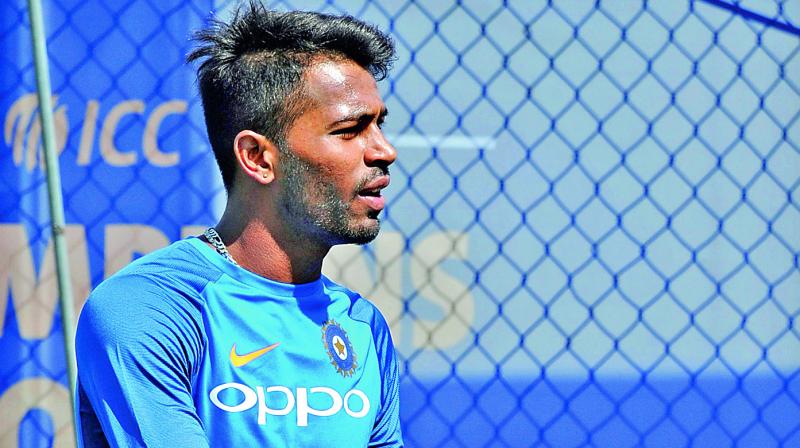 London: There are perceptions about Hardik Pandya’s flamboyance on and off the field but India captain Virat Kohli strongly believes that he is “an asset for Indian cricket”.

Kohli said Pandya should not be judged for things that are irrelevant.

“He (Hardik) is a real asset for Indian cricket, I would say. It’s very hard to find a guy who can almost touch 140 kph and who strikes the way he strikes the ball. And he can bat through the innings as well,” Kohli said.

Hardik has a Caribbean like flair in his persona but Kohli feels that people should cut some slack as it’s hardly their concern as to how he leads his life outside the cricket field.

“People should appreciate his skill and what he brings to the table. A lot of people focus on a lot of other things about Hardik, which I don’t think should be anyone else’s problem. He has his own journey, and he is finding his own way.

“If he gets the kind of support that a player like him should get, I think he could go down as one of the most accomplished Indian cricketers in times to come,” Kohli was glowing in his praise for the young gun.

Kohli said that Hardik has been an accomplished batsman at the First-Class level, which has effected a seamless transition into international cricket.

For the skipper, the best part about Hardik is that one doesn’t need to fire him as he is self motivated.

“Hardik has played a few good innings in the first-class circuit as well, really seeing off the new ball in testing conditions. So it’s really hard to find people with that kind of ability.