Tryst at the top

Former coach Lalchand Rajput believes that it is because of Suryakumar Yadav that the team is getting enough runs on the board. 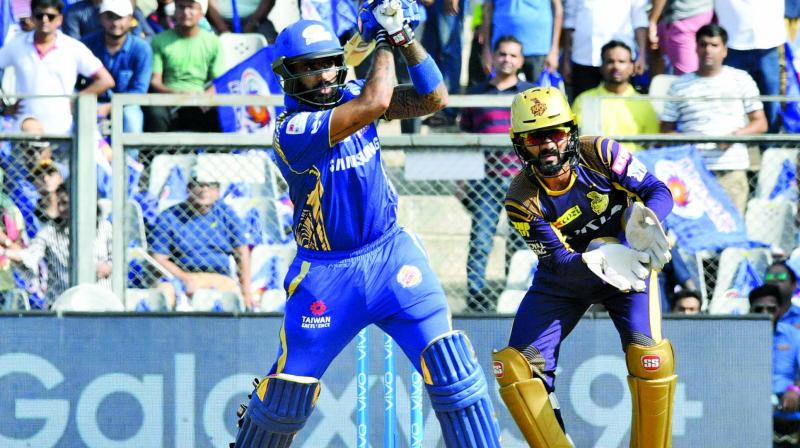 If the Indian Premier League goes on for another decade, the next generation might learn one thing about the Mumbai Indians: the team likes to rise from the dead. A slump at the beginning of the season with consistent final over-losses kept the Rohit Sharma-led side to the bottom of the table. They needed to go the extra mile to shake this problem off and the men in blue look like they have found their way back.

While Rohit has been under constant pressure from his critics for underperforming and not promoting himself, Suryakumar Yadav has repaid the skipper’s faith playing up top. Rohit had mentioned earlier that the team management wants to promote the players who haven’t got a chance to perform in the previous editions.

Surya and Ishan Kishan were the players in focus. The former has made the most of the break to become MI’s top run-scorer and the second highest scorer (before Sunrisers Hyderabad and Royal Challengers match). Even against his former team Kolkata Knight Riders (KKR), the 27-year-old batsman was relentless from the beginning to get his fourth fifty of this year. He has come close to making it six actually with scores 43 and 44 against Chennai Super Kings at different occasions.

The right-hander countered Mitchell Johnson’s pace in the powerplay overs, with fine resiliency. Two quick outside-off stump pitched balls met his blade to only race through the covers for boundaries. This was the third over when there was a movement for the white ball but that has not seemed to trouble Surya this season.

Lalchand Rajput coached the Mumbai Indians squad in 2008 has been noticing Surya’s rise for many years. The former coach believes that it is because of Surya that the team is getting enough runs on the board. He is not entirely wrong either, barring the two dismissals against RCB (0 & 9), all his scores are above 25.

“Surya is batting brilliantly. He is the reason why Mumbai is doing so well in the batting especially. The way he is middling the balls and taking on strong bowlers is simply amazing,” says Rajput in praise of Yadav.

However, Kishan did not get a chance to bat that evening and in his place came Rohit on number three. The skipper could not get the most of the situation. When he walked in, the team wasthe 91/1 in 9.2 overs.

The conditions were difficult and the ball wasn’t coming on to the bat very easily and Rohit tailed off against Sunil Narine. A couple of 50-above scores have been the highlight for him this season. We know the nickname “Hitman” is given to him for reason but currently, he is not really hitting. “He has to get into the right rhythm. And yes, the pitch was different last night (Sunday),” as Rajput speaks for Rohit.

“But they are picking up at the right time. It is funny how Mumbai always manages to get out of such a bad start in terms of results. In fact, all the games were close and they haven’t been the worst team in the campaign,’ says Rajput.

KKR are on the fourth position right now with 10 points and Mumbai are right behind them with eight. Both sides meet the Eden Gardens on May 9.

The winners of this competition cannot afford a loss and the hosts cannot allow them a win. It will be an interesting game to script the picture for the playoffs.