The zing bails incident caught the attention of the Twitter users who started tweeting their opinion over the issue. 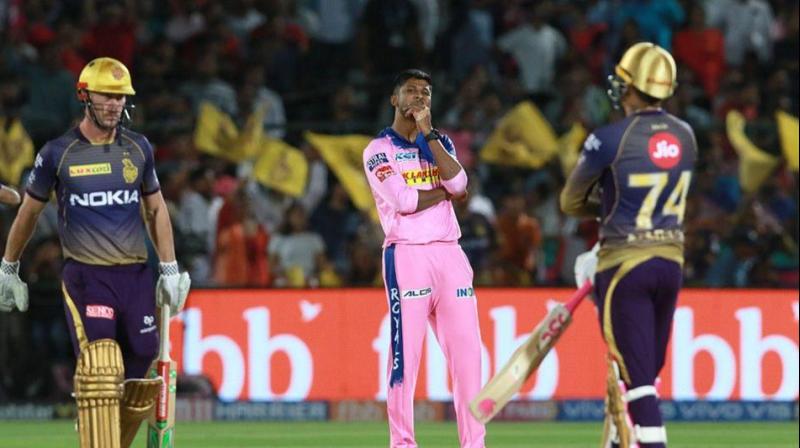 Some opined that batsman should be given out if the bails light up, others disagreed. (Photo: BCCI)

New Delhi: Dhawal Kulkarni bowled Chris Lynn during the ongoing Indian Premier League on Sunday, but the bails did not come off, as a result, the Lynn was given not out.

This incident caught the attention of the Twitter users who started tweeting their opinion over the issue. While some opined that batsman should be given out if the bails light up, others disagreed. 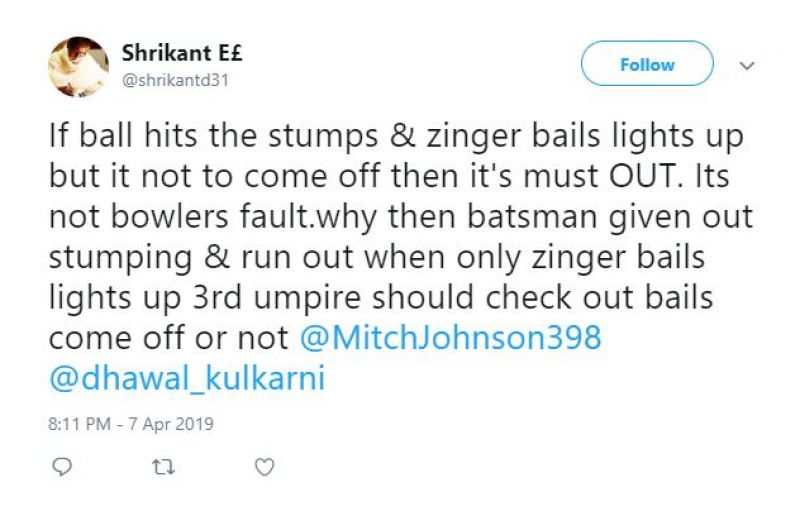 Another user tweeted questioning why rules should favour the batsmen, “And this needs to be change quickly y all the rules should be in batsmens favour? If ball hits the stumps and bails light up then no doubt the batsman is out..” 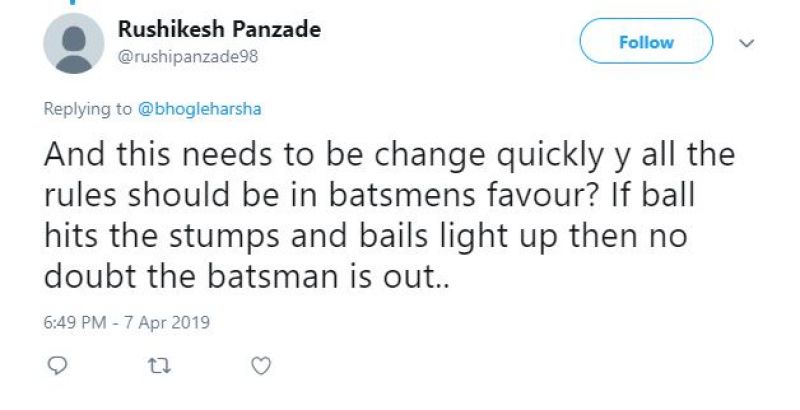 “For light bails, it should be out when lights up,” another user opined.

Even former players too dived into the argument to put forward their opinion.

Former England player, Michael Vaughan tweeted that “Simple rule change ... If the Zinger bails are going be used which I like .. If the Ball hits the stumps and the Bail lights up then it must be OUT ... We can’t be having Bowlers Bowl a Batsman out then the bails not to come off but the Zingers be flashing .. #IPL2019.” 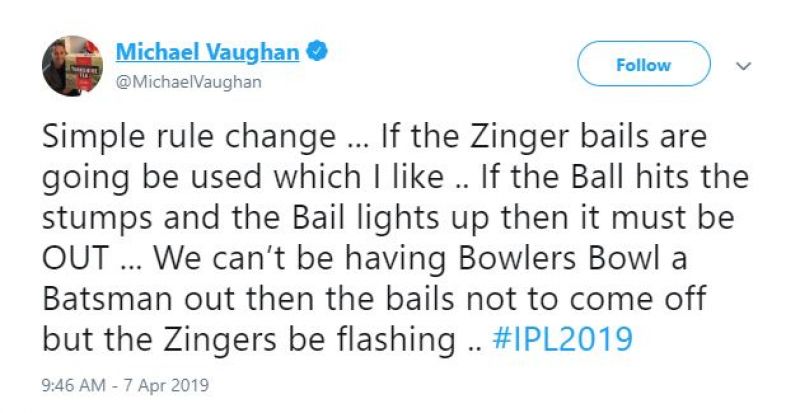 Whereas Former Australian pacer Brett Lee is of the opinion that bails should be dislodged before the bowler claims the wicket. Lee tweeted, “Not out mate. The bail has to dislodged,” after a user asked Lee about his opinion.

This was the second incident where the batsman was given not out, earlier, the same thing happened when MS Dhoni hit the wicket when KL Rahul was outside the crease, but that time as well the bails just lighted up and did not come off and Rahul was given not out.