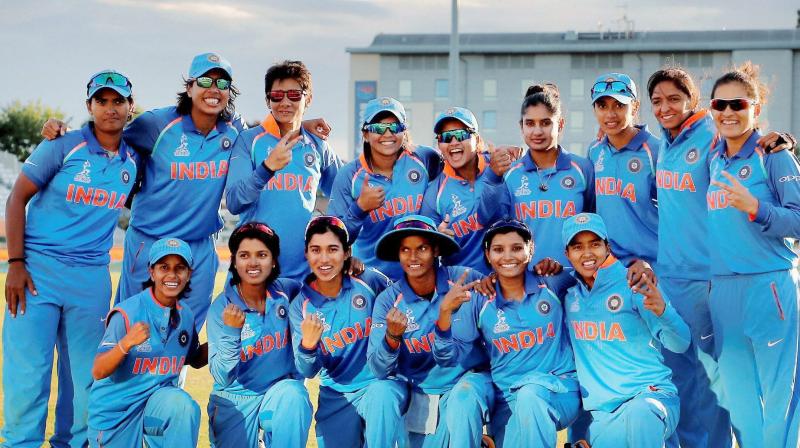 What hurt the Women in Blue most was the absence of power-hitting skipper Harmanpreet. (Photo: PTI)

Guwahati: With pride at stake, India batswomen need to make amends for their below-par show as the hosts eye a consolation victory in the third and final T20 International against England here on Saturday.

After winning the ODI series 2-1, Indian women lost momentum and subsequently conceded an unassailable 2-0 lead against England. The hosts endured a comprehensive 41-run defeat in series-opener before losing the second game by five wickets. The defeat in the second T20 was India's sixth in a row in the shortest format.

India have been doing well in the 50-over format but they have plenty to ponder about with the T20 format with World Cup scheduled for early next year.      India have now suffered two back-to-back series defeats. Before losing to England at home India had lost their previous series in New Zealand 0-3. In both games, whether chasing or batting first, India managed less than 120 runs, which is below-par against a top team like England.

Harmanpreet Kaur, the regular T20 captain, has not yet recovered from injury and stand-in skipper opener Smriti Mandhana failed to shine with the bat scoring 2 and 12 in the first and second T20 respectively. Put in to bat, the Indian team cut a sorry figure to be restricted to 111 for eight in 20 overs. India's top-order comprising Harleen Deol (14), Mandhana (12) and Jemimah Rodrigues (2) failed to live up to the expectations.

The middle order batters, led by veteran Mithali Raj (20), offered some resistance but were unable to capitalise on the starts. What hurt the Women in Blue most was the absence of power-hitting skipper Harmanpreet.
With such a paltry target (112) to defend the Indian bowlers bowled tight but could not pick wickets. Ekta Bisht (2/23) was the top-wicket taker.
Poonam Yadav (1/18) and Deepti Sharma were economical (1/18) but couldn't keep the England batters at bay.

"I think our bowlers bowled well to limit them(England) and keep the competition close, another 10-15 runs from our batters it could have been a different result. They did a really good job, they delivered from their side," Mandhana said.
"But out batters need to step up give a good total for our bowlers to defend," Mandhana added.