The 65-year-old Kohli fan suffered injuries on his head, hands and face but his condition is stable now. 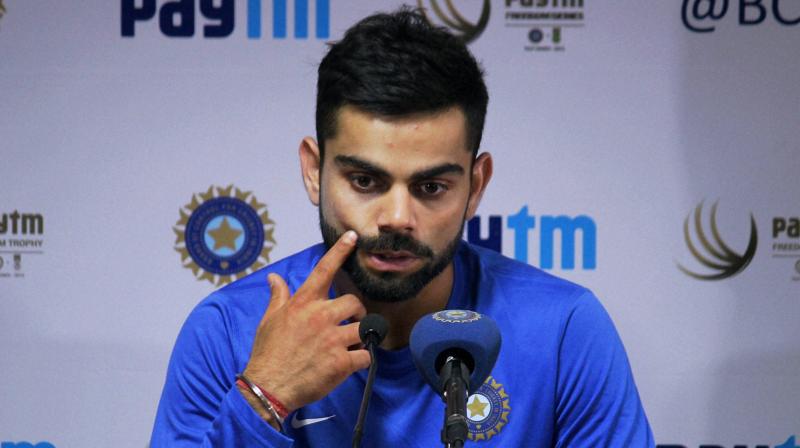 The 65-year-old retired railway employee got so upset following Virat Kohli low score in the first innings of the first Test against South Africa that he poured kerosene and set himself on fire. (Photo: PTI)

Ratlam: There are millions of Virat Kohli fans across the globe, who celebrate Kohli’s success with joy and feel disappointment when the Indian cricket team skipper fails to perform well.

However, in a nearly fatal turn of events, one such Kohli fan attempted self-immolation after Kohli got out for five runs during the first innings of the ongoing Test against South Africa at Newlands in Cape Town.

The 65-year-old retired railway employee got so upset following Kohli’s showing that he poured kerosene and set himself on fire.

Babubal Bairva, a resident of Ratlam district in Madhya Pradesh, was rushed to the hospital as his family and neighbours heard his cries and rushed in to douse the fire. Bairva suffered injuries on his head, hands and face. However, it is learnt that his condition is stable now.

"The man in his statement accepted that he was too upset with the dismissal of Virat Kohli and set himself ablaze," News18 quoted the Do Batti police station Assistant Sub-Inspector PS Alawa as saying.

"During the probe, we found no other reason which could have driven Bairva to this extreme step," added Alawa.

The medical report did not indicate whether Bairva was drunk when he attempted suicide.

This is, meanwhile, not the first time when a fan had taken such a drastic step. Following India’s defeat against Pakistan in the ICC Champions Trophy 2017 final, Bidyut - one Indian cricket team fan in Bangladesh – committed suicide, jumping in front of the train.