Parthiv struck 42 and 67 not out in the two innings at Mohali and Kumble felt he had never lost faith that could make a comeback. 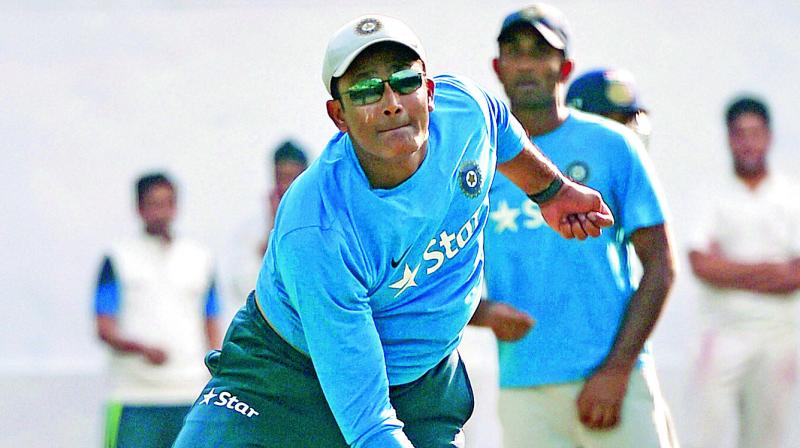 Mumbai: India coach Anil Kumble heaped praise on wicketkeeper-batsman Parthiv Patel, who is on comeback trail after a gap of eight long years, for shouldering the responsibility of opening the innings in the previous Test at Mohali and doing the job “brilliantly”. “Parthiv came in after eight years and did not really show nerves you would expect, although he is a seasoned campaigner. He was asked to open he did that brilliantly and also kept wickets very well. He was not worried about failing,” Kumble told reporters here on Tuesday.

“I was really pleased that he could walk into that match and not just keep wickets and bat at six or seven. When you are making a comeback after eight years you always want to do well for yourself and here is Parthiv who was willing to put his hands up when asked to open. That shows his character. I am pleased with that,” he added.

Parthiv struck 42 and 67 not out in the two innings at Mohali and Kumble felt he had never lost faith that could make a comeback. “Even when he came into the team first as 17 or 16 year old, he still looks 16 if he shaves his beard off, he showed lot of maturity first time he saved a Test match for India. It certainly shows if you are putting hard yards in domestic cricket, never losing your faith and believing that you can make a comeback, it's possible,” Kumble said.