Mominul said he was completely taken by surprise at the Bangladesh Cricket Board's decision to hand him the Test captaincy. 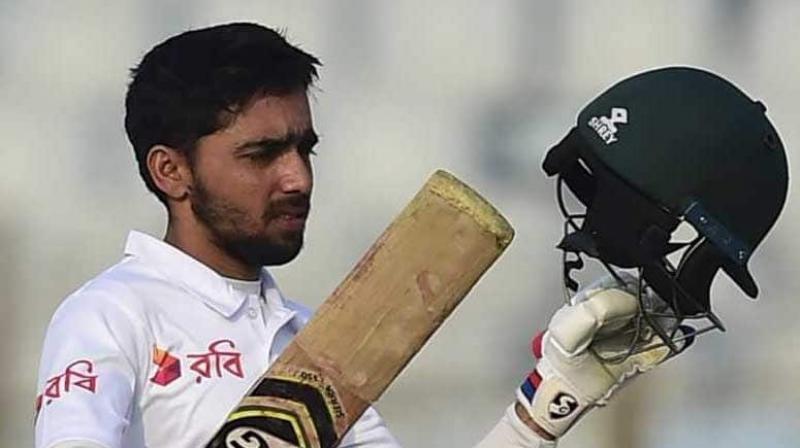 Mominul Haque was 'not ready at all' for Test captaincy but the thought of leading Bangladesh against Virat Kohli's India makes him feel good. (Photo:AFP)

Dhaka: Mominul Haque was "not ready at all" for Test captaincy but the thought of leading Bangladesh against Virat Kohli's India makes him feel good.

Mominul said he was completely taken by surprise at the Bangladesh Cricket Board's decision to hand him the Test captaincy in place of banned Shakib Al Hasan.

Shakib was banned last week by the ICC for two years (one year suspended sentence) for failing to report corrupt approaches.

"I was not ready at all. It was completely unexpected. I never thought even in my dreams that I will be the captain of Bangladesh or I will captain the Test side," Monimul told reporters on Wednesday night.

Mominul, 28, has never led a top domestic team but has been entrusted with the big responsibility to captain the national side for a high-profile assignment starting next week.

"I am very excited as I think Virat Kohli is the best player in the world, the best batsman in all formats combined. Thinking about that makes me feel good," he said.

The first Test of the series will be played in Indore from November 14 to 18, while the second match will mark the inaugural day-night Test between the two sides, in Kolkata from November 22.

Talking about playing his maiden day-night Test, Mominul said: "We have not played a Test under the floodlights and with the pink ball. It is a very good chance to play good cricket."

The left-handed batsman, who has played 36 Tests and scored 2,613 runs for Bangladesh, however, said the innovation would not affect his game.

"I never considered captaincy as pressure or responsibility. If I keep thinking that as a captain I have to take extra responsibility to carry the team forward then I will be under some pressure," said Mominul, who is not part of Bangladesh's T20 squad.

"But if I play my natural game, and think that I am a batsman who needs to score for his team, then it will not have any effect."