R Ashwin and Rohit Sharma have come back in style

A politician who lost an election many years ago had said that it was easier to contest the national or state assembly polls than that of the BCCI. 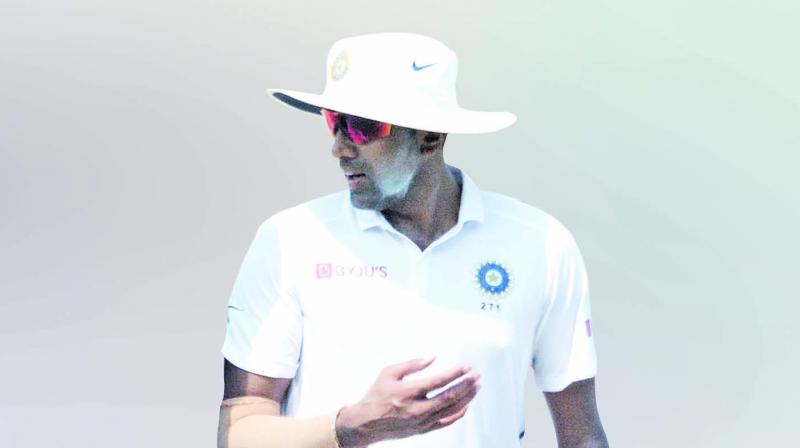 The last week has seen a few comebacks.  The elections of various constituent states that form the flesh of the Board of Control for Cricket in India (BCCI) elected kith and kin of former officials in most cases. The power that runs the noble game in India will continue to remain in the same precincts through sons, daughters and henchmen of those who were ineligible to contest elections.

The Lodha Commission, which, as one looks back has done very little in ‘changing’ the basic format of Indian cricket from an administrative perspective over three years. While the Indian team continues to rock and roll on the field maintaining its number one position in Test match cricket in the International Cricket Council (ICC) rankings, the boardroom sees BCCI heading in another direction.

A politician who lost an election many years ago had said that it was easier to contest the national or state assembly polls than that of the BCCI. No wonder the satraps who had managed to cling on to powerful positions in the richest sporting body in India refuse to leave and still keep their presence in the association. October 23, when the BCCI meets for its annual general meeting will see a few new kindred spirits but mostly it will be old wine in new bottles.

The other comebacks, this time on the green grassy field of play were those of two immensely  talented players. Ravichandran Ashwin and Rohit Sharma have been seen more in the dug out than on the field of play in the past few seasons during Test matches. The former who had played his last Test at Adelaide, the first in the series against Australia in December 2018, returned to the white dress format against South Africa at Visakhapatnam.

Ditto with the latter who had sat on the bench in the Caribbean after a stupendous showing at the ICC World Cup in England. And what a comeback it was for both. Ashwin’s persistent spell of 46.2 overs in the first innings of the match saw him bag seven wickets for 145 runs while Rohit became the sixth Indian batsman to score tons in both innings of a Test match and the second, after Sunil Gavaskar to notch a double century while achieving the landmark.

They say spinners mature with age and Ashwin proved that there was not an ounce of rust in his repertoire as he kept questioning the Proteas with a variety of deliveries. Of the seven scalps those of Aiden Markram and Quinton de Kock were real beauties. Hitting the stumps while the batsman plays a forward defensive stroke, getting the ball to squeeze through bat and pad are the kind an off-spinner dreams of.

It was apparent that the Chennai based spinner had kept his thinking hat on even as he warmed the bench and his recent county stint with Worcestershire stood him in good stead. The pitch at Visakhapatnam, in the first innings, while Proteas batted, still favoured the batsmen and Ashwin used the age old technique of guile and deception to take his tally of Test victims to 350, as one writes this.

In the case of Rohit, there was never any doubt about his natural talent and immense ability to deliver. A murderer of bowling in the shorter formats of the game, One Day and Twenty20, the questions were always about his temperament when it came to playing in the longer format —  Test cricket. One saw the change in his approach during the ICC World Cup in England, earlier this year.

His first century, of the five he scored in the tournament against South Africa at Southampton was not a typical Rohit effort of slap dash batting but one that showed restraint and patience.  It was a different Rohit that scored 122 unbeaten runs in trying circumstances and blunted the effort of the Proteas bowlers who had typically English conditions favouring them. One could see that Rohit had added temperament in his armoury and was putting a price on his wicket, an essential factor when it comes to batting in Test matches.

There was never any doubt that Ashwin is (and was) India’s number one spin option in Test cricket and Rohit’s ability to face any attack. India’s effort in the first Test against the Proteas has shown that the team is on track in the ICC World Test Championship. It does look like the duo have come back in style to keep India at the top of the rankings and will be much needed while facing sterner Tests ahead. One hopes that the Indian team management keeps investing in them by making them feel secure.

Tags: board of control for cricket in india, r ashwin