he left-hander was dismissed for the fifth time in the ongoing Ashes by pacer Stuart Broad during the first innings of the fourth Test. 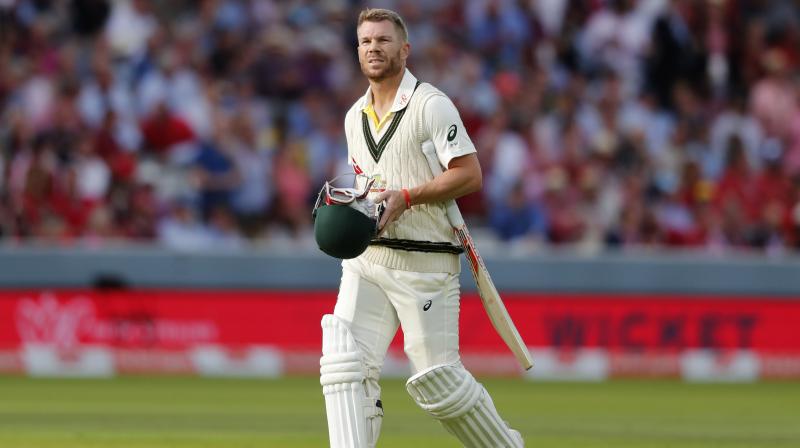 Warner has been struggling to amass runs in the ongoing Ashes series. (Photo: AP)

Mumbai: David Warner along with teammate Steve Smith have been having a tough time on the field after making a comeback after the last year's infamous ball-tampering incident. Both have been at the receiving end of abuses and boos during the ongoing Ashes series.

In a recent incident, Warner, who was heading from the grandstand players' area at Old Trafford to the field during the fourth Ashes Test was once again targeted by a spectator.

Warner you f***ing cheat," a spectator was heard yelling at Warner in a video taken from the grandstand.

But to everyone's surprise, his reaction was quite considerate and unexpected. Warner turned around to face the fan and gave them a “wooh” with a thumbs up.