The conditions in Manchester forced the umpires to take this bizarre decision. 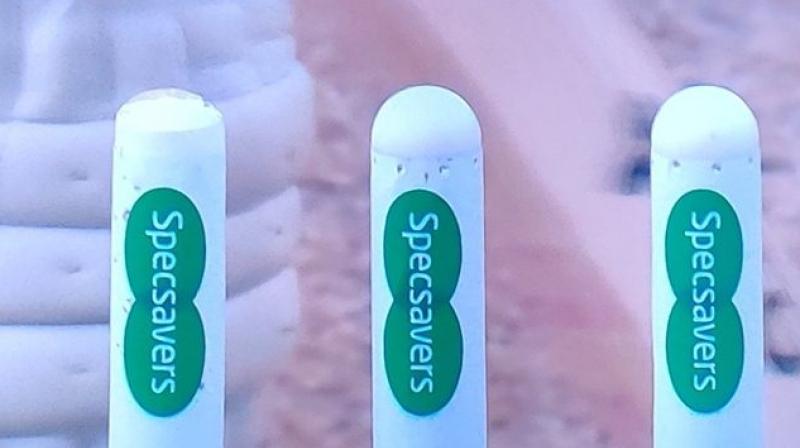 In the 32nd over Stuart Broad bore the brunt of the winds and seemed angry about bowling in the winds and clearly wasn’t impressed. (Photo: Twitter)

Mumbai: A peculiar incident took place on day one of the fourth Ashes when umpires Kumar Dharmasena and Marais Erasmus decided to continue play by taking the bails off because of strong winds. The conditions in Manchester forced the umpires to take this bizarre decision. Along with strong winds, the match was interrupted by frequent showers.

In the 32nd over Stuart Broad bore the brunt of the winds and seemed angry about bowling in the winds and clearly wasn’t impressed. Further, he was even more infuriated when these winds brought together a chips packet just as he was beginning to run into bowl the fourth ball. Then, a chocolate wrapper was blown into the centre and Marnus Labuschagne pulled out once again when the bowler began his run-up.

Later on, the winds also knocked the bails down. Now, Broad decided not to bowl and watched the events unfold. There was an attempt to put the bails back in place by the umpires but they were knocked down again. Ultimately it was decided that the bails should be removed. This move is legal according to the laws of the game.

The England players were clearly not impressed by this decision and made their feelings known to the umpires.

I guess thats redicoulous to play without bails... #Ashes2019 how will they decide for run outs, or a bowled or stumping.... Atrocious... Isn't it... @IPL @BCCI @ICC @ECB_cricket @englandcricket @cricketcomau @root66 @benstokes38 pic.twitter.com/fNfYV3xMDm