'I believe in my process': Rishabh Pant tells Rohit Sharma

Pant told teammate Rohit Sharma that he has always believed in his ability and process before going into a match. 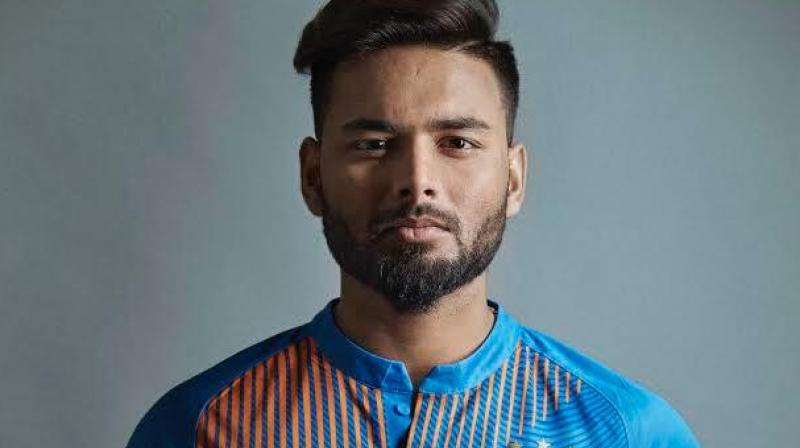 India and West Indies next lock horns in the first ODI on August 8 at Guyana. (Photo: Rishabh Pant/Twitter)

New Delhi: After playing a match-winning knock of 65 runs against West Indies in the third T20I of the three-match series, wicket-keeper batsman Rishabh

Pant told teammate Rohit Sharma that he has always believed in his ability and process before going into a match.

In a video posted by BCCI, Pant can be seen being candid with Sharma and giving an insight on how he felt after failing in the first two matches.

Two low scores & a match-winning fifty. The Hitman finds out how Pant turned it around in the final T20I - by @28anand #TeamIndia #WIvIND

"It felt good. I believe in my process, yes I was not able to score runs in the first two matches, but today everything fell in place. I had a good partnership with Virat Bhai, we had a gameplan of batting for long period and then accelerating in the later overs," Pant told Sharma.

"Sometimes I get frustrated, I assess what went wrong. Every time you cannot make the right decisions, I believe in my basics and my ability. Sometimes I feel pressure, sometimes I enjoy, but when you know the team backs you, you obviously feel good," Pant added.

While chasing 147 in the third T20I, India were in a spot of bother at 27/2, but Rishabh Pant and Virat Kohli joined each other in the middle and they built up a stand of 106 runs.

Kohli was seen guiding Pant throughout his innings and the left-handed Pant did not disappoint as he ensured India's victory by seven wickets and with five balls to spare.

Earlier, Pant was criticised for his performances in the first two T20I matches against West Indies. He also had to face scrutiny for his dismissal in the semi-final against New Zealand in the recently concluded ICC Men's Cricket World Cup.

India and West Indies next lock horns in the first ODI on August 8 at Guyana.