Ishant needs to figure out his role in team: McGrath

However, McGrath acknowledged the fact that playing on sub-continent tracks might have contributed to a not so impressive record of Ishant. 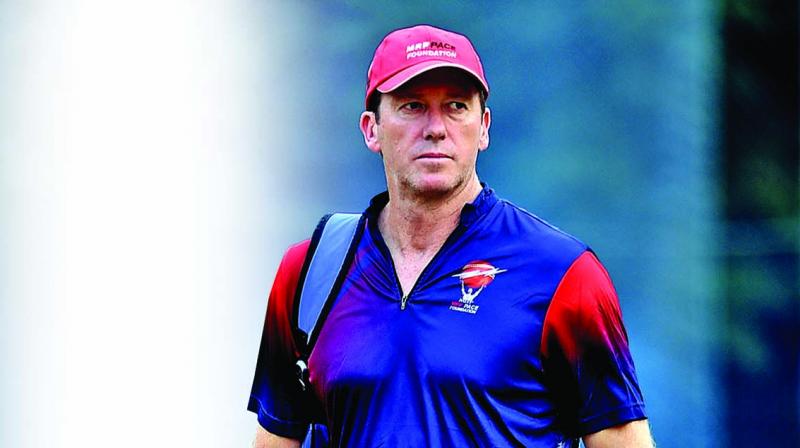 New Delhi: Australian pace legend Glenn McGrath feels Ishant Sharma needs to figure out his role in the Indian team, observing that he has been more of a workhorse than a strike bowler.

Ishant had a good first Test against England, where he took seven wickets including a five-for in the second innings and the Aussie pace legend is happy that he is slowly adapting to conditions.

“When Ishant started off, he took the world by storm bowling good pace. He is probably not bowling at the same pace. But he is much more experienced now with good control. The Edgbaston Test showed that Ishant has started adapting a bit more,” McGrath said on the sidelines of fast bowlers’ camp organised by Haryana Cricket Association and MRF Pace Foundation.

However, McGrath acknowledged the fact that playing on sub-continent tracks might have contributed to a not so impressive record of Ishant, who has taken 244 wickets in 83 Tests.

“I guess a lot of pitches in India are tough to play on. Probably, he didn’t bowl that many spells. Maybe, he has been used more as a workhorse rather than an attacking bowler. I think he needs to find in what role he fits in,” said the Aussie.

McGrath believes that Ishant will need to hit the seam more often. “May be a bit of movement off the pitch will help. My weapon was bounce and occasionally bit of seam movement. In my case, there was Warnie, Lee and Gillespie bowling from other end to build pressure.”