Australia were defeated at the hands of South Africa by ten runs and as a result, the team finished at the second spot. 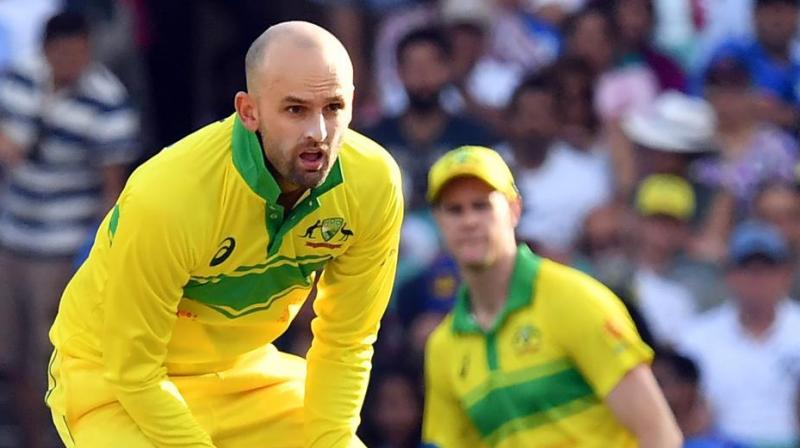 Lyon said that the semi-final match against England will be a true test of character for the team. (Photo: AFP)

Manchester: As Australia get ready to take on England in the ICC Men's Cricket World Cup semi-final, spinner Nathan Lyon has said that it's England's World Cup to lose, adding that Australia will look to have fun as the side will enter the match as underdogs.

"They (England) are full of world-class players. They have been the No. 1 team for a couple of years now. They should be going into this World Cup as favourites. It's all on them. It's their World Cup to lose if you ask me. We have got nothing to lose, only got stuff to gain," ESPN Cricinfo quoted Lyon, as saying.

Australia were defeated at the hands of South Africa by ten runs and as a result, the team finished at the second spot in the tournament standings with 14 points from nine matches.

India defeated Sri Lanka on Saturday and as a result, the Men in Blue finished at the top spot and will face New Zealand in the semi-finals.

Lyon said that the semi-final match against England will be a true test of character for the team, adding that playing against the number one team will be a massive challenge.

"Every time you play against England, you want to compete hard against them and try and come out on the top. Obviously, their side is full of absolute superstars, and we are definitely going in as underdogs," he added.

In the match between Australia and South Africa, the latter won the toss and opted to bat first. Skipper Faf du Plessis scored a century to allow Proteas to post a challenging score of 325/6 in fifty overs.

Australia's opener David Warner played a knock of 122 runs, but he was not able to take his team over the line as Australia suffered a 10-run defeat.

The Down Under team will take on England in the semi-final on July 11.