Ferguson remains joint-third in the tournament's list of leading wicket-takers with 17 scalps. 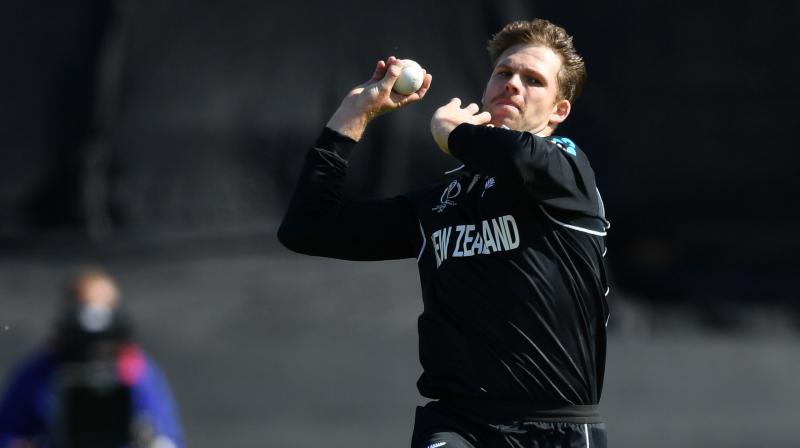 Ferguson had no problems with people talking down New Zealand's chances of winning a first World Cup title. (Photo: AFP)

Manchester: New Zealand fast bowler Lockie Ferguson says the Black Caps will revel in their reputation as "scrappers" when they face India in the World Cup semi-finals at Old Trafford on Tuesday.

The 2015 runners-up only qualified for the last four on net run-rate and have lost their last three games against Pakistan, Australia and England.

India, whose group match against New Zealand was washed out, are many pundits' tip to make it through to a July 14 final at Lord's where they will face either tournament hosts England or reigning champions Australia.

But Ferguson, speaking to reporters at Old Trafford on Sunday, had no problems with people talking down New Zealand's chances of winning a first World Cup title.

"It's an interesting one. I guess in World Cups obviously big games get pumped up and where we stand is the fourth going into the semi-finals so naturally I guess they back India," he said.

"But as New Zealanders we are often the underdogs and I guess that's a position we like to be in and it's knockout cricket now. so it's all on Tuesday and the better team will go through."

He added: "As a team, we definitely want to be the scrappers, guys that scrap for wins, not always will we win pretty.

"But in a way we kind of pride ourselves on the ability to come back from tough situations and scrap our way and give ourselves an opportunity to win."

Ferguson has had an impressive first World Cup.

Despite missing New Zealand's 119-run defeat by England last time out with a hamstring injury, he remains joint-third in the tournament's list of leading wicket-takers with 17 scalps.

Ferguson insisted, however, he would be fit to face India.

"There was definitely some tightness particularly the day before the game," the 28-year-old said ahead of New Zealand's training session.

"The scans came back, it was nothing too serious so a few days off.

"Hopefully I'll get out today and have a run around and everything will be good."

"If the last game was a semi-final or a final, we probably would have played Lockie so it was more a precautionary measure not to play him.

"He definitely had some hamstring tightness and he needed probably 48 hours just for that to settle down.

"He's in good shape and, barring getting through the next couple of days, I expect Lockie to play."

Stead, assessing the Auckland paceman's impact at the tournament, said: "Lockie has been enormous for us.

"It is his first World Cup as well and I've just been delighted that every time he has come on to bowl, it looks like he's going to make a difference out there.

"Hopefully he can do that again against India on Tuesday."