After a crushing 7-wicket defeat by West Indies in their World Cup opener, former champions Pakistan beat England by 14 runs. 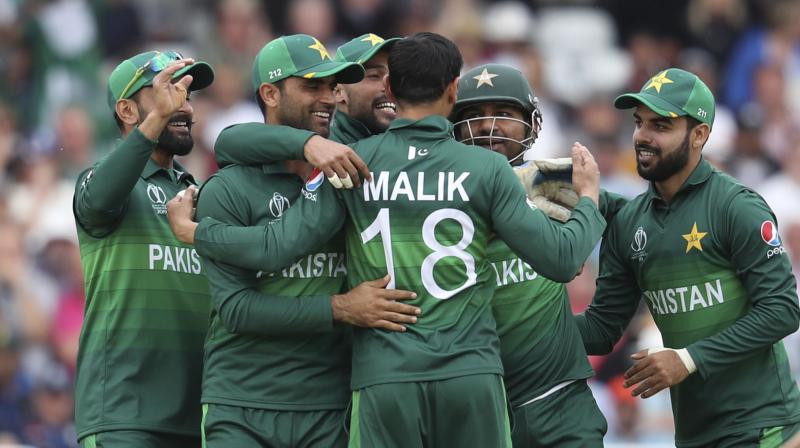 Of late, Dhoni has had difficulty in hitting out against quality fast bowlers like Pat Cummins, Kagiso Rabada and Jofra Archer. (Photo:AP)

After a crushing seven-wicket defeat by West Indies in their tournament opener, former champions Pakistan beat hosts England by 14 runs in a high-scoring contest at Trent Bridge on Monday to get their campaign back on track.

Having come into the World Cup on the back of a 4-0 series hammering by England, which was followed by a warm-up defeat by minnows Afghanistan, Flower said that downing Eoin Morgan’s men had helped settle the nerves in the dressing room.

“I definitely do sense a bit of confidence ... since we’ve won. It took off a lot of the pressure definitely, having gone through that string of defeats,” Flower told a news conference.

“Psychologically, that lifts a weight from their shoulders. And to score (close to) 350 against a very good England attack, the guys are relieved.

“We didn’t adapt well to conditions against West Indies ... there were nerves ... the guys got over that against England and showed their proper skills. It was a true test of character and they came through with flying colours in the second game.”

Sri Lanka have made a similarly patchy start, capitulating to New Zealand before seeing off a determined Afghanistan in a thriller. Flower said Dimuth Karunaratne’s team cannot be taken lightly.

“You have always got to be respectful and they have got good bowlers. I have just come out of a batting meeting to see their skills. And it should be a good game,” former Zimbabwe batsman Flower added.

“Hopefully the weather stays away. It’s a bit poor, the forecast. But I don’t think we’d be targeting any one individual though they have got some good seamers and some spinners with very good skills.”