Kane Williamson has been fined 40 per cent of his match fee, while his players have received 20 per cent fine each. 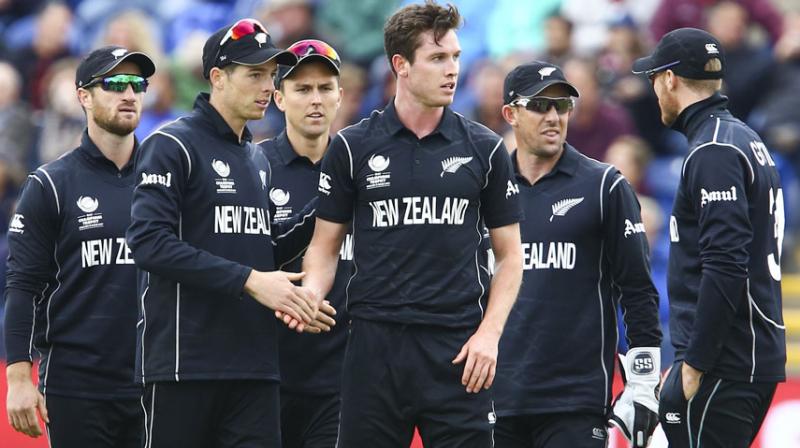 New Zealand was fined due to a slow over-rate during their match against England on Tuesday, which they eventually lost by 87 runs. (Photo: AFP)

Cardiff: New Zealand have been fined for maintaining a slow over-rate during their 87-run defeat against hosts England during their second Group A fixture in the ongoing ICC Champions Trophy at the Cardiff Wales Stadium here on Tuesday.

Andy Pycroft of the Emirates Elite Panel of ICC Match Referees imposed the fine after Kane Williamson’s side were ruled to be two overs short of their target when time allowances were taken into consideration.

In accordance with Article 2.5.1 of the ICC Code of Conduct for Players and Player Support Personnel, which relates to minor over-rate offences, players are fined 10 per cent of their match fees for every over their side fails to bowl in the allotted time, with the captain fined double that amount.

As such, Williamson has been fined 40 per cent of his match fee, while his players have received 20 per cent fine each. Williamson pleaded guilty to the offence and accepted the proposed sanction, so there was no need for a formal hearing.

If there is a second minor over-rate offence committed by New Zealand during the event with Williamson as captain, he will be suspended for one match.

The charge was laid by on-field umpires Paul Reiffel and Bruce Oxenford, third umpire Rod Tucker and fourth umpire Aleem Dar, all from the Emirates Elite Panel of ICC Umpires.