Shai Hope, the wicket-keeper batsman was announced as Holder's deputy for the ongoing Tri-nation series against Ireland and Bangladesh. 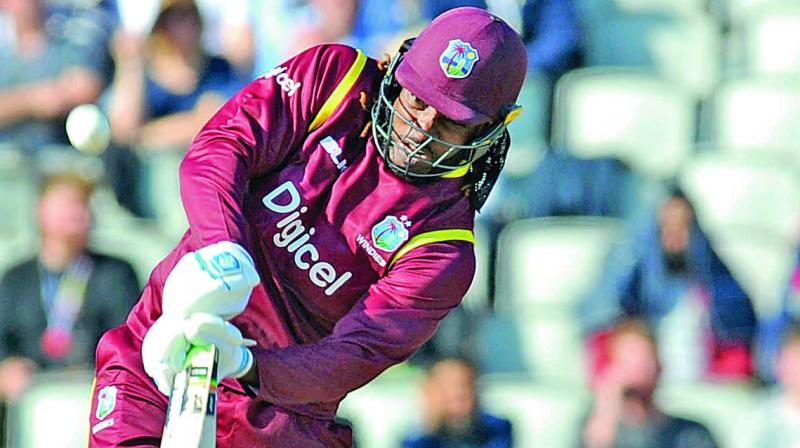 The side next takes on Bangladesh in the Tri-nation series today and the team would hope to string winning performances ahead of the upcoming World Cup. (Photo: AP)

"It is always an honour to represent the West Indies in any format and this World Cup for me is special. As a senior player it is my responsibility to support the captain and everyone else in the team," Gayle said in an official statement released by Cricket West Indies on Monday (local time).

"This will probably be the biggest World Cup, so there will be great expectations and I know we will do very well for the people of the West Indies," he added.

Meanwhile, Shai Hope, the wicket-keeper batsman was announced as Holder's deputy for the ongoing Tri-nation series against Ireland and Bangladesh.

"It's a tremendous honour to be appointed vice-captain for this series here in Ireland. Ahead of this tournament, I was asked to take on this role and I was happy to accept. Anything I'm asked to do for West Indies cricket I'm always happy and willing to put my hand up, so this is great," Hope said in an official statement released by Cricket West Indies.

The West Indies got off to a good start in the Tri-nation series as they comfortably defeated Ireland by 196 runs on Sunday.

The match witnessed quite a few records tumbling. West Indies openers Hope and John Campbell registered the highest opening ODI partnership of 365 runs and it was the first time in a match that both the openers went past the score of 150.

The side next takes on Bangladesh in the Tri-nation series today and the team would hope to string winning performances ahead of the upcoming World Cup.

The team takes on South Africa and New Zealand in the warm-up matches before the World Cup on May 26 and 28.

The 50-over tournament will take place in England and Wales from May 30 to July 14. West Indies will open its World Cup campaign against Pakistan at Trent Bridge on May 31.