The team’s form started to slide after Solskjaer was made the permanent manager in March. 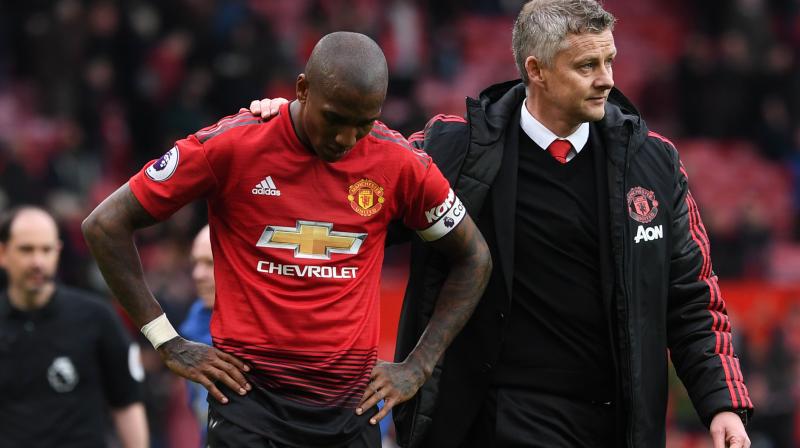 Four losses in their last six league games left United hoping for their rivals to lose points but Chelsea sealed their place in the top four this weekend. (Photo: AFP)

Manchester United should be looking to win trophies instead of targeting a top-four finish to qualify for the Champions League, skipper Ashley Young has said.

United’s quest for a top-four finish ended with a 1-1 draw at already-relegated Huddersfield Town on Sunday and the highest the 20-times league winners can finish in the season is fifth, only enough for a spot in the second-tier Europa League.

“I’ve said for years our club should be talking about winning titles and winning trophies,” Young told the club’s website.

“We’ve done that in numerous years and for a club of our size when you’re talking about finishing top four, I think that’s just a disappointment in itself.”

Although Ole Gunnar Solskjaer had managed to reel in United’s top four rivals when he was appointed a caretaker manager in December, the team’s form started to slide after he was made permanent manager in March.

Four losses in their last six league games left United hoping for their rivals to lose points but Chelsea sealed their place in the top four this weekend while Tottenham Hotspur are all but assured of the final spot.

“We haven’t managed to get ourselves in the top four,” Young added. “We needed other teams to help us out and we needed to help ourselves and we haven’t done that.

“I think we need to go away, have a look at ourselves in the summer and come back fighting fit and ready to win titles and trophies.”