The Australian duo surprised a bunch of kids at Shivaji Park and Azad Maidan. Both said they enjoyed their time as much as the kids. 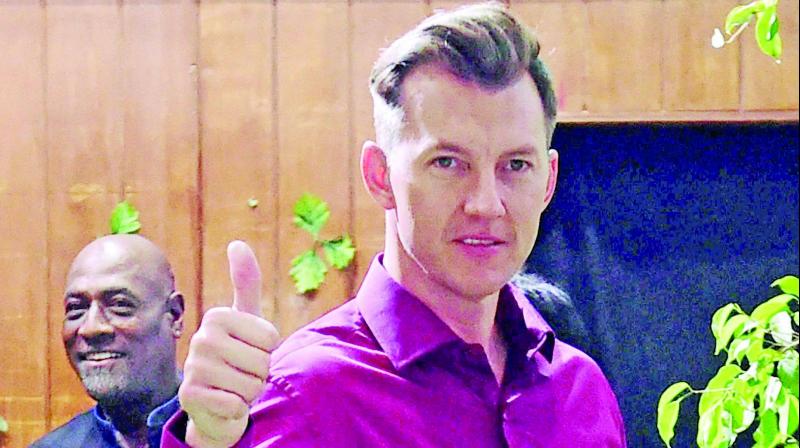 Two historic cricket grounds in Mumbai, Shivaji Park and Azad Maidan, have been home to numerous cricketers in the city. Last week, both grounds were visited by two former Australian cricketers. While Brett Lee disguised himself as an old man to surprise kids at Shivaji Park, Dean Jones paid a visit to Azad Maidan.

Both Ausies spent a brief time with the kids training at the grounds. The initiative by Star Sports to engage these analysts with aspiring cricketers went well with the kids and even Lee had his share of fun at Shivaji Park.

“I was thrilled to see the passion and excitement among the kids for the game and it was fun to surprise them earlier this week. We understand that cricket is worshiped in India and the real fun of enjoying cricket is to celebrate it with the people who have largely contributed towards the success of the sport in the country,” said the former Australian pacer who is the fastest to reach 300 ODI wickets.

“It was fun surprising the kids but it was endearing to see the passion with which the game is played even in the smallest corners of the country,” said Lee.

The video of Lee surprising the kids at Shivaji Park was released by Star Sports recently. At first, he acted like he did know how to even hold the bat and later packed multiple sixes. The video of Jones playing at Azad Maidan has not been released yet but the commentator has said that being there reminded him of his childhood days when he first picked up the bat.

“Playing gully cricket really gives you a feel for how cricket crazy India is and gives you a preview of the country’s undying love for the sport,” said Jones who finished his brief career with a formidable average of 46.55.

“I had an enjoyable time playing cricket with youngsters in places like Azad Maidan and Shivaji Park where kids are first introduced to the sport. We are to celebrate people enjoying the game by not just viewing it on television but also getting out and playing it in maidans, on the streets and wherever the opportunity arises after all the future stars are born here,” added Jones.