Firebrand Kohli must be fuming alright, for the Royal Challengers belie their name — the challenge is clearly missing. 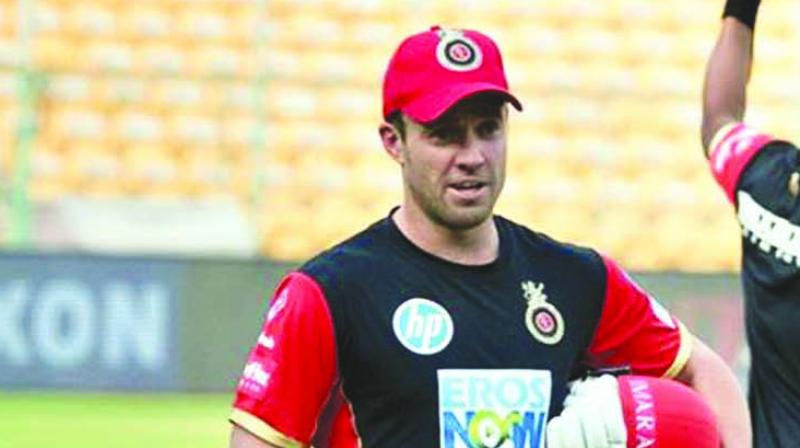 Hyderabad: It’s a match between bigger names on paper and better players on field as the Royal Challengers Bangalore take on Sunrisers Hyderabad here on Monday night. The hosts are sitting pretty at the summit while the visitors are languishing at no. 6, desperate to claw their way into the top half of the table. Not easy for Virat Kohli’s men though with his opposite number Kane Williamson saying “we want to keep improving.”

“They’d want to put out their best performance, we will be prepared for that,” the cool Kiwi added on Sunday.

Firebrand Kohli must be fuming alright, for the Royal Challengers belie their name — the challenge is clearly missing.

Sunrisers ride into match with four successive wins while RCB have been stuttering, having won just one of their last four games. Their recent loss to Chennai Super Kings should rankle especially. For all the heavyweights in the side, their puny total of 127/9 was largely contributed by lighter ones. Only two batsmen — opener Parthiv Patel (53) and no. 9 Tim Southee (36) managed double figures while the collective scores of those in between resembled a phone number. That sure must have rung a bell in the Red camp which would hope the big three — Kohli, Brendon McCullum and AB de Villiers — get going on Monday.

RCB’s bowling department does not look menacing either with Southee, Yuzvendra Chahal, Umesh Yadav and Mohammed Siraj manning it. Essentially, delivering at the death will be a challenge.

On the contrary, SRH have dished out an allround performance so far. When their batsmen underperformed, the bowlers have been a boon.

The willow wielders probably got over that guilt in the last game against Delhi on Saturday when the top five got into the act to finish the game.

Barring the last ball loss (by four runs) to Chennai Super Kings, the Eagles have won all their home games (four) so far and look invincible at the Rajiv Gandhi International Cricket Stadium.

Captain Kane has been brilliant all through, carrying the team forward. He stands sixth on the batting charts with 354 runs, one rung below his opposite number Kohli who has 357.

Bowlers provide the other sidelight of the contest.

While Bangalore’s Umesh Yadav is the joint leading wicket-taker with 13 scalps, SRH’s Rashid Khan and Siddharth Kaul are breathing down his neck with a wicket behind.

Also, it will be an emotional homecoming for pacer Mohammed Siraj, who was in the Orange camp last year and has honed his skills at this very ground.

Well, things can be very fickle in T20 cricket, but as Kane says “if we are performing to our strengths and skills it gives us the best chance.”