Last year at this stage of the IPL, Gujarat were on a winning spree. This season, they had been grounded before take-off, as it were. 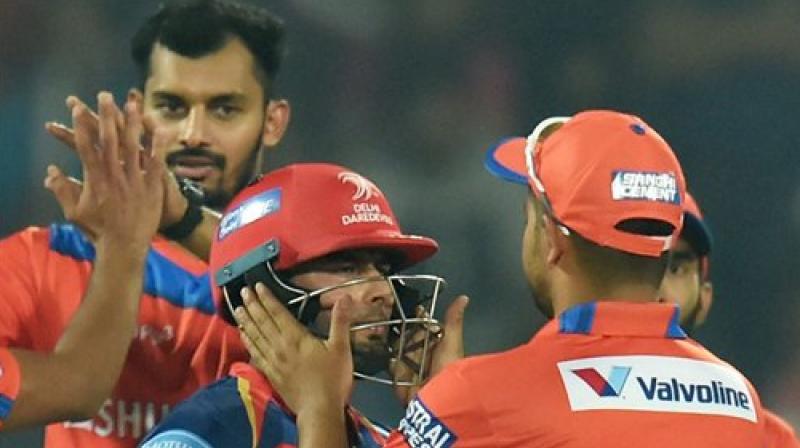 The most uplifting moment for me this IPL came when Rishabh Pant was dismissed for 97 in Delhi’s match against Gujarat and Suresh Raina went up to the youngster and consoled him for missing out on a glorious century. By that time, Gujarat’s goose had been cooked, not just in this match but the tournament.

Last year at this stage of the IPL, Gujarat were on a winning spree. This season, they had been grounded before take-off, as it were.

It couldn’t have been a particularly gratifying moment for Raina, the Gujarat captain. But this is where the mettle of a sportsperson comes through. Who could have faulted him had he been sulking? His own fine batting effort, and his team’s mighty score had been overwhelmed. But Raina chose this moment to make a gesture that put aside personal disappointment.

Call me a sucker for emotionalism if you will, but this is what makes sports — and by extension — life meaningful: grace and magnanimity under pressure.

These qualities are often obscured as players and team’s chase — quite rightly — personal and collective glory. Playing to win has to be the decided aim of any participant, but how to accept both victory and defeat is the essence of sport.

This is often lost in the heat of contest. And particularly where young players are concerned who can sometimes mistake unbridled aggression as the only attitude that can deliver results, forsaking the very attributes that can make sport so fulfilling.

As basketball great Kareem Abdul Jabbar observes, “A lot of young players don’t really know much about the history of the game and a lot of them are missing out on what the game is all about, especially the whole concept of sportsmanship and teamwork.”

Raina has handed out this sterling lesson to cricketers — young and old, Indian and overseas — in the most telling way.

‘One of IPL’s best innings’
Just how good were Pant and Sanju Samson in the match against Gujarat when Delhi chased down a whopping 208 runs can be gauged from the reactions not just in their own dug-out, but also other cricketers, past and present.

Tweets praising the two were in profuse supply. Sachin Tendulkar, who knows a thing or two about batting and spotting young talent, thought Pant’s knock was “One of the best innings I have seen in the IPL & that includes all 10 seasons” Raina, at the receiving end of their onslaught, said that Pant and Raina were the future of Indian cricket. Given the way the two have played not just in the IPL, but other tournaments this domestic season, there would be few doubters.

There is some sort of clamour building up to include them in the Champions Trophy squad (which could be chosen on Monday, depending on the decision reached by the BCCI in Sunday’s special general meeting), but clearly this is not a mere formality. There are other batsmen — old and young — who have impressed too this domestic season in IPL and other tournaments: Gambhir, Uthappa, Yuvraj, Raina, Nitish Rana, Rahul Tripathi, Ishan Kishan for example, whose names should be on the short list of selectors.

However, the issue isn’t really whether they are selected or not this time, rather how they maintain form to keep selectors interested long term. The growth graph gets more difficult, for a successful player immediately becomes the study and target of opponents.

There is a tendency in India to see every talented youngster as a prodigy and demand that he be blooded at the highest level asap. I call this the Tendulkar effect: since Sachin made his international debut at 16 that has become some sort of a benchmark.

This is misleading, as Tendulkar was a freak; a once-in-a-century phenomenon. There are twice as many stories of rapid burn-outs and one-season wonders than there are of players who made it good without hiccup.

What is likely to pay greater dividend is focus, diligence and a commitment that extends beyond the first flush of success and public acclaim. Hopefully Pant, Samson etc have these attributes to go with their talent.