The BCCI had skipped the deadline for announcing the team and threatened a pull-out from the Champions Trophy over the dispute with the ICC. 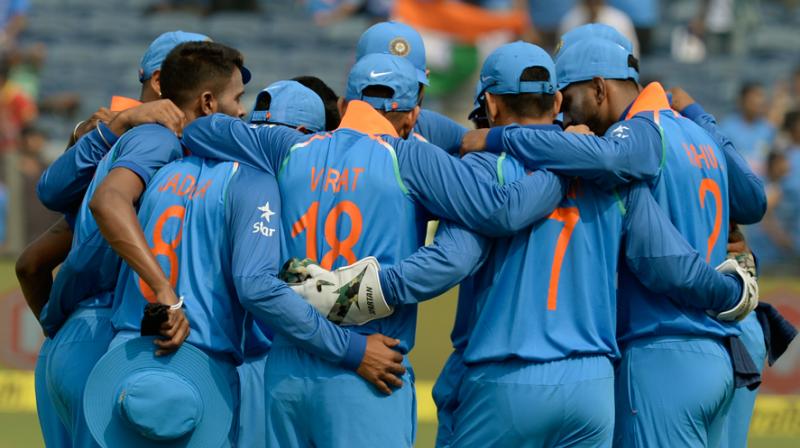 Team India's squad will be picked by the selection committee on Monday. (Photo: AFP)

New Delhi: Defending champions India will take part in the Champions Trophy next month, BCCI said on Sunday, ending weeks of speculation over the team's participation in the premier tournament.

The Board of Control for Cricket in India (BCCI) announced the decision after a special general meeting held in New Delhi amidst a row over sharing revenues with the game's world governing body.

"The BCCI SGM unanimously decided that the Indian cricket team will participate in the upcoming ICC Champions Trophy," it said in a statement. “The squad for the 50-over tournament would be named on Monday,” it added.

The eight-nation Champions Trophy will be played in England and Wales from June 1.

The BCCI had skipped the deadline for announcing the team and threatened a pull-out from the Champions Trophy over the dispute with the International Cricket Council (ICC).

The dispute stemmed from ICC's decision last month to amend rules so that less money and power was held by cricket's "Big Three" – England, India and Australia.

The powerful BCCI stands to lose USD 277 million revenue over the next eight years under the sweeping changes approved by ICC members.

The BCCI said it was keeping its legal options open, indicating the row was far from over.

"The Board unanimously authorised the acting honorary secretary of the BCCI to continue negotiations with the ICC in the best interest of the BCCI while keeping its legal options open," it said in the statement.