One of the things that Indian cricket needs today is a good finisher, and Uthappa says he's pursuing that and working hard 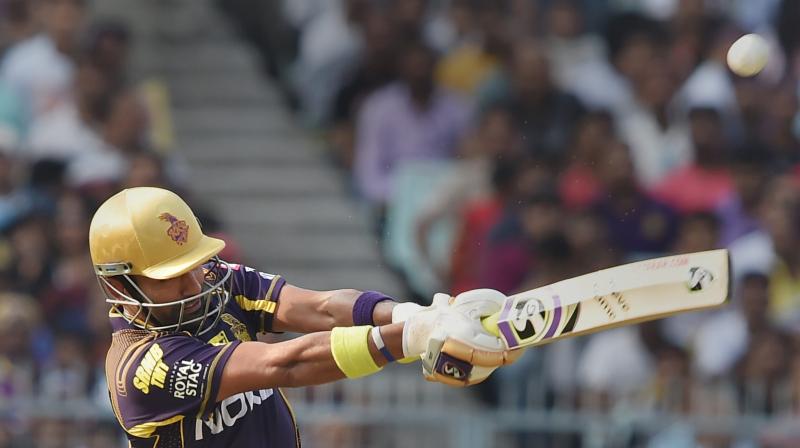 New Delhi: Out of the Indian team since 2015, dashing Karnataka batsman Robin Uthappa is eying a comeback in the T20 format as a finisher and believes he still has another "World Cup left" in him.

Uthappa, who was a member of the 2007 ODI World Cup team and the inaugural T20 World Cup-winning squad, last played for the national team in July 2015 during a tour of Zimbabwe.

The 34-year-old batsman has featured in just eight ODIs and four T20 matches since October 2011. Yet, he thinks he has a chance to give it a go.

"Right now I want to be competitive. I still have that fire burning in me. I really want to compete and do well. I honestly believe I have a World Cup left in me, so I'm pursuing that, especially the shortest format," Uthappa was quoted as saying by ESPNcricinfo.com.

He, however, understands that for that to happen, he needs a bit of luck as well.

"The blessings of Lady Luck or God or whatever you call it, plays a massive factor. Especially in India, it becomes so much more evident. I don't think it is as evident when you're playing cricket outside of India," Uthappa said.

"But in the subcontinent and India especially, with the amount of talent that we do have in our country, all of those aspects become evident."

Insisting that he has not yet given up hope, Uthappa said he won't hang up his boots till he realises his dreams.

"I still believe that things can go my way and I probably can be part of a World Cup-winning team and play an integral role in that as well. Those dreams are still alive and I think I'll keep playing cricket till that is alive," he said.

Even though he prefers to bat up the order, Uthappa said he is now eyeing the role of a finisher in the Indian team and has already started his training at home in the wake of the country-wide lockdown due to the deadly Covid19 pandemic.

"What I've been trying to do is to make sure that I'm well prepared. Opening the batting is something I can do at any point of time. I'm trying to make sure I'm well equipped to bat in the middle order as well," he said.

"One of the things that we need today in Indian cricket is a good finisher, and that's something that I'm pursuing and working hard on. It's something I'm looking forward to improving on a day to day basis."