Having served as assistant coach of the National Academy since 2017, Dinesha has been elevated as head of the academy 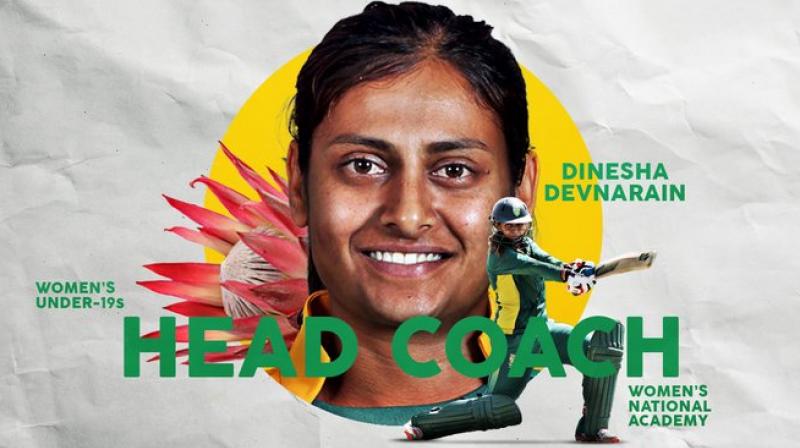 The 31-year old, who has served as assistant coach of the National Academy since 2017, signed a three-year deal commencing from April 2020.

Devnarain made her international debut in 2008 and played 29 One-Day Internationals and 22 T20Is before retiring in 2016.

Devnarain will oversee the Under-19s progress to the inaugural ICC Under-19 Cricket World Cup. The event is scheduled to take place in Bangladesh, in early 2021.

Interim Chief Executive Officer of CSA, Jacques Faul said it is great news for the growth of women's cricket in the country.

"As a former player, Dinesha understands the women's landscape and her pedigree proves itself," he said.

Expressing happiness over the appointment, Devnarian said: "I am extremely excited about the opportunity. It's a very important tier -- being in between the provincial structures and the national team,"

"The one major positive about South African cricket is that there is a lot of talent and skill within our provincial structures. What I'm looking forward to is identifying players with potential and nurturing that potential in a high-performance environment," she added.