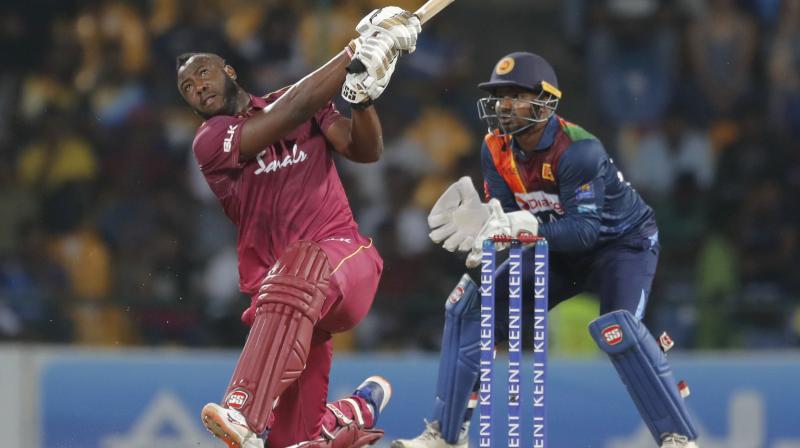 Pallekele: Andre Russell hit six sixes in a blistering 14-ball innings as West Indies smashed their way to a seven-wicket victory over Sri Lanka and seal the two-match Twenty20 series on Friday.

West Indies' bowlers limited Sri Lanka to 155 for six and then Brandon King struck 43 off 21 balls and Russell made 40 off just 14 balls as West Indies raced to 158 for three in 17 overs. No batsman has hit six sixes in so few balls in a T20 international.

The tourists also easily won the first game by 25 runs this week. Though West Indies are reigning World T20 champions it was their first series win in the format in more than a year.

Dasun Shanaka was the pick of the Sri Lankan batsmen hitting an unbeaten 31 off 24 balls.