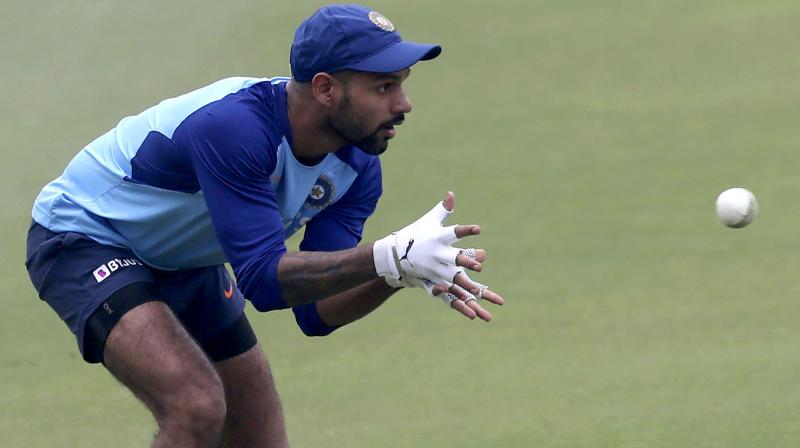 Navi Mumbai: India opener Shikhar Dhawan's 69 went in vain as his team Reliance 1 lost to Indian Oil in the final of the 16th D Y Patil T20 Cup here on Friday. Reliance 1 lost by 11 runs in the summit clash as Indian Oil restricted them to 183/7.

Earlier, Indian Oil scored 194/5 on the back of their skipper Aditya Tare's unbeaten 75.

Dhawan (69 off 41 balls; 6x4, 2x6) single-handedly steered his team's chase as all other Reliance 1 batsmen, including Hardik Pandya (0), faltered at the DY Patil Stadium here. Dhawan was caught in a horrible mix up and was run out. This eventually led to Reliance 1's loss.

The three India players Dhawan, Hardik and Bhuvneshvar Kumar were making comebacks to competitive cricket in this tournament after sustaining injuries.

Hardik, who had helped Reliance 1 beat BPCL in the semifinal by smashing an unbeaten 158 off just 58 balls, perished for a first ball duck in the final. Hardik gave a sitter off Siddhesh Lad.

Bhuvaneshwar Kumar was expensive with figures of 0/50 from his four overs in the final.

However, for his show in the entire tournamemt, Hardik won three awards -- Maximum Sixes, Best Batsman and Player of the Tournament.

Pawan Negi was injured while batting, after being hit on his face when he was trying to make a pull shot. He was immediately taken off the field.