Injuries can be a lesson in themselves, particularly at such a young stage of one’s career. 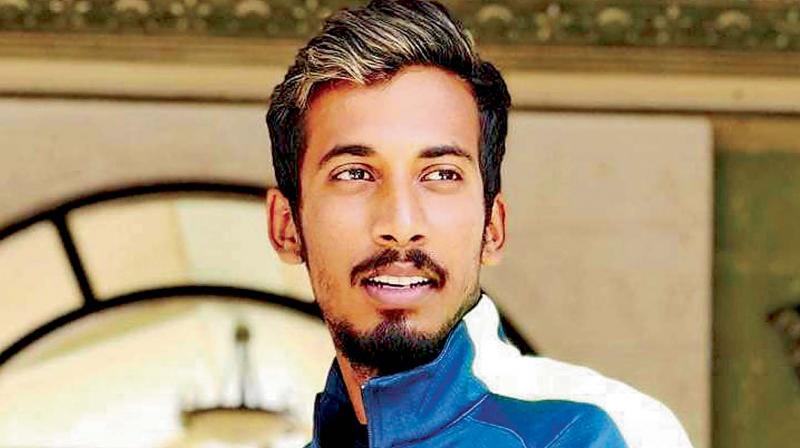 New Delhi: An inopportune injury might have robbed Ishan Porel of a plum Indian Premier League contract but the pacer, who contributed handsomely to India’s U-19 World Cup triumph, insisted he had taken the “hurt” in his stride, setting bigger goals to chase.

The Bengal pacer took nine wickets in the tournament, helping India to their fourth title after picking up a heel injury in their opening match against Australia on January 14 that sidelined him from group stage action.

The injury initially seemed to have ruled him out of the tournament, which probably dissuaded IPL franchises from bidding for him during the two-day auction from January 27.

The lanky seamer played through pain in the quarter-final against Bangladesh and scripted India’s victory over Pakistan in the semis, running through their top-order in a six over spell, claiming 4/17, following it up with 2/30 against Australia the final.

The 6’3’’ fast bowler admitted to initial disappointment at being ignored but has warmed up to it gradually, viewing it as a minor blip in his budding career.

“Picking a player is solely a franchisee’s decision. Of course, it hurts a little that my team mates have got contracts and I don’t, though am happy for them. I am aware franchisees tend not to pick injured players,” Porel told this paper from Bengaluru, where he is undergoing rehabilitation at the National Cricket Academy.

“Owing to my involvement in the team I played through pain but couldn’t give my all. I could have performed better had I bowled to my ability. I was confident of getting picked. But what’s done is done. I have a long road ahead and if I perform well consistently in domestic tournaments I may get a team next year.”

He plans to be back in action in around a month’s time from now, more confident after his exploits in New Zealand.

“I feel good about my performance in as big a tournament as the World Cup. It is easily the biggest achievement of my career. The adulation am getting is overwhelming but this is just a stepping stone in my career. I am glad I could perform on the big stage but have returned to my normal routine,” he said.

Injuries can be a lesson in themselves, particularly at such a young stage of one’s career and the Chandernagore boy has shifted his emphasis on controlling workload to reduce chances of getting injured.

“Playing in too many matches can be counter-productive, hence monitoring and maintaining my physical fitness is essential. My focus is on reducing chances of getting injured.”

Regulation of workload in modern day cricket often leads to shifting of one’s focus away from a format, particularly Tests, with the mushrooming of lucrative T20 leagues around the world, but the hit-the-deck bowler, whose forte is extracting bounce off the pitch, retains a soft spot for the traditional format.

“Being a fast bowler I have a liking for Tests, though I am not concentrating on any particular format. But in you have to excel in all the three formats to get recognition. There’s no harm playing in the three formats simultaneously but I have to control my bodyweight and workload,” he pointed out.