Pollution levels are high, without any doubt. 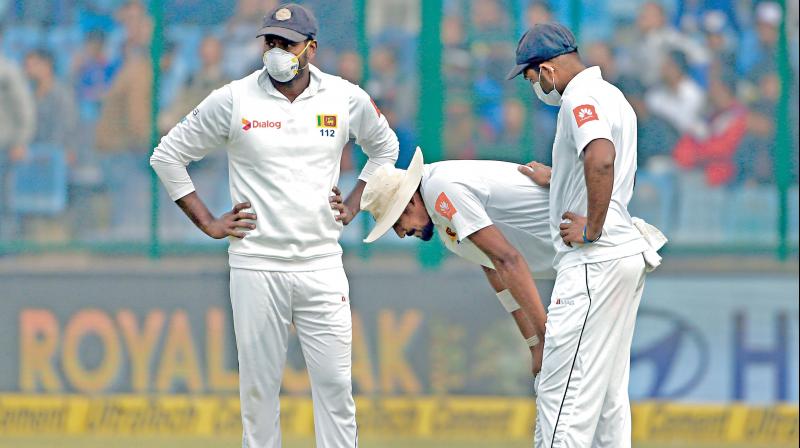 New Delhi: After Sri Lankan fast bowler Suranga Lakmal vomitted on the ground Tuesday before walking off, it seems likely that Delhi’s smog may rob the capital of future winter Tests.

The embattled Board of Control for Cricket in India (BCCI) said it will take a call on scheduling cricket in Delhi in future as the furore over pollution levels that have prevailed during the ongoing third and final India-Sri Lanka Test match here continues.

Speaking to reporters at Kotla, acting BCCI secretary Amitabh Choudhary said, “Delhi will only be awarded an international match from here on after duly considering the pollution levels at that particular time of the year. Pollution levels are high, without any doubt. We (BCCI) need to be sensitive enough to understand the concerns of the players and teams.”