Pat Cummins given rest for third T20I against Pakistan

Cummins featured in both the previous T20Is against Pakistan. 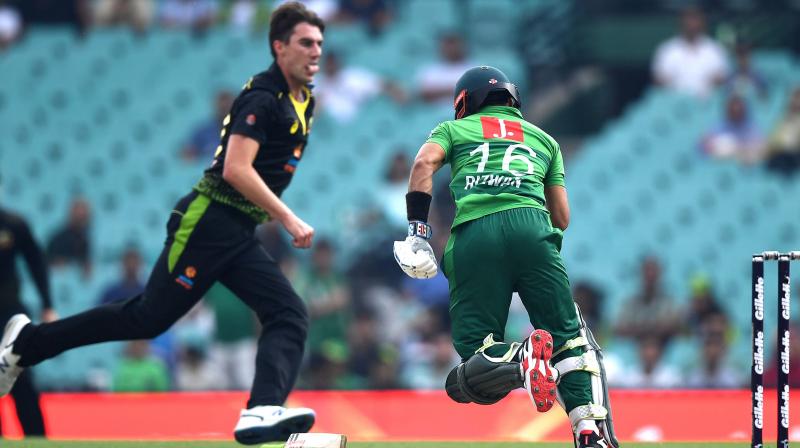 Australia pacer Pat Cummins will be rested for the third T20I against Pakistan to prepare for the first Test match, confirms coach Justin Langer. (Photo:AP)

Melbourne: Australia pacer Pat Cummins will be rested for the third T20I against Pakistan to prepare for the first Test match, confirms coach Justin Langer.

"We've got so much cricket on, he (Cummins) plays a lot of it so when you get a little opportunity rather than taking the long flight to Perth he's going to stay here, recover and get prepared for the Test series," Cricket.com.au quoted Langer as saying.

Cummins featured in both the previous T20Is against Pakistan. The first match was abandoned due to rain during Australia's chase and the hosts secured a seven-wicket win in the second T20I.

Cummins, who holds the number one spot in ICC Test bowling rankings, has played 31 matches across all formats for Australia this year.

The third T20I will be played on November 8 while the two-match Test series will commence from November 21.