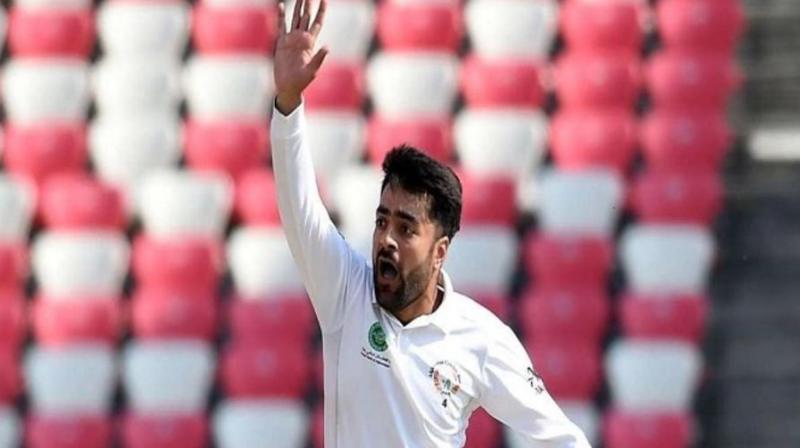 Chittagong: Bangladesh were at 194/8 after the end of play on day two of the one-off Test against Afghanistan at Zahur Ahmed Chowdhury Stadium here on Friday.

Bangladesh were trailing by 148 runs. The team suffered an early blow as they lost their opener Shadman Islam on duck in the first over. Soumya Sarkar (17) and Liton Das stitched a 38-run partnership for the second wicket before the former was found in front of the wickets by Mohammad Nabi.

Das gave way his wicket to Rashid Khan after scoring 33 runs. Monimul Haque held one end strong while his partners kept on changing. Shakib Al Hasan (11), Mushfiqur Rahim (0), and Mahmudullah (7) failed to leave their mark on the scoreboard and were sent back to pavilion cheaply.

Haque (52) was caught by Asghar Afghan at mid-on off Mohammad Nabi. Mosaddek Hossain and Mehidy Hasan built a 16-run partnership for the seventh wicket before the latter was dismissed by Qais Ahmed. Hasan departed after scoring 11 runs.

Hossain and Taijul Islam built an unbeaten stand of 48 runs and will resume their inning from 44 and 14 runs respectively.

Earlier, Afghanistan resumed their innings from 271/5. Asghar Afghan and Afsar Zazai resumed from 88 and 35 runs respectively. The duo built a partnership of 81 runs for the sixth wicket. Asghar (92) was scalped by spinner Taijul Islam. He was caught behind the stumps by Mushfiqur Rahim.

Rashid Khan joined Zazai in the middle and built a brief stand of 21 runs for the seventh wicket. Zazai was bowled by Islam after scoring 41 runs.

Khan added some crucial runs in the lower order as he played a knock of 51 runs before he was caught and bowled by Mehidy Hasan. Afghanistan were bowled out for 342 runs.