McCullum had led the Kiwi side to the finals of the 2015 World Cup. The side was defeated by Australia in the summit clash. 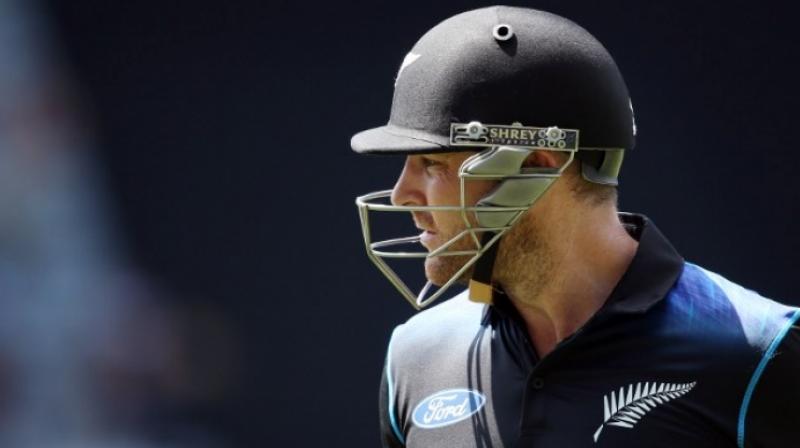 New Delhi: After the former New Zealand skipper Brendon McCullum's decision of retiring from all forms of cricket, Kane Williamson and Martin Guptill wished the cricketer.

Current Kiwi skipper Williamson posted a photo along with McCullum on Instagram and captioned the post as "Legend, thanks for everything @bazmccullum42 @photosportnz".

Opening batsman Guptill also posted a picture with McCullum and wrote: "Congrats on a wonderful career @bazmccullum42. Had the best seat in the house for a lot of it," as the caption.

Congrats on a wonderful career @bazmccullum42 . Had the best seat in the house for a lot of it! 💪🏻

McCullum had announced his retirement from all forms of cricket on Monday. The 37-year-old has played 101 Test matches for New Zealand scoring 6453 runs with the highest score of 302. He featured in 260 ODIs for the team and amassed 6083 runs with a strike rate of 96.37.

"As much as I am proud of what I've achieved in my 20-year professional career - more than I ever could have dreamed of when I first entered the game - I have felt the drive to keep going harder to maintain in recent months," he said in a statement posted on Twitter.

McCullum represented Otago Volts at the provincial level, the Lahore Qalandars in Pakistan Super League, the Brisbane Heat in Australia's Big Bash League and the Royal Challengers Bangalore in the IPL.

Earlier this year on February 4, he had announced his retirement from Big Bash League. He represented Brisbane Heat and played 34 matches for the side, scoring 990 runs, including nine fifties.

McCullum had led the Kiwi side to the finals of the 2015 World Cup. The side was defeated by Australia in the summit clash.

He also holds the record for scoring the fastest century in Test cricket as he had registered a ton from just 54 balls against Australia in 2016.

He would be retiring from all forms of cricket after the conclusion of the ongoing Global T20 Canada in which he is representing Toronto Nationals.