'Smith, best batsman in the world along with Virat Kohli': Justin Langer

His remarks come after Smith's match-winning effort against England in the first Test match of the ongoing Ashes. 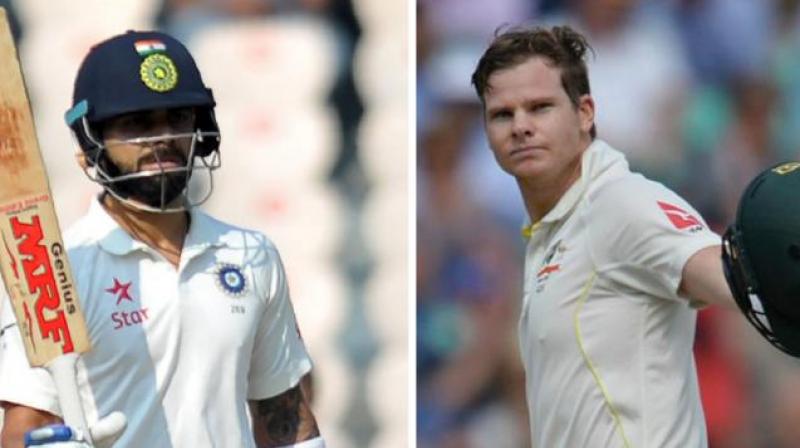 His remarks come after Smith's match-winning effort against England in the first Test match of the ongoing Ashes. Smith scored 144 and 142 runs in the Test match, becoming only the fifth Australian to register centuries in both innings of Ashes Test.

"Let's face it; when he first came in, the legspinner, unorthodox, everyone thought 'I'm not sure this kid's going to make it'. Then he goes away and decides 'I don't want to be a legspinner; I want to be the best batsman in the world'. Then he transforms himself and he is the best batsman in the world with Virat. It's a great credit to him," ESPN Cricinfo quoted Langer as saying.

Earlier this year, Langer had termed Kohli the best batsman in the world, but he said Smith's innings against England was on another level.

"I said during the summer that Virat Kohli is the best player I have ever seen but that Smith's knocks is just another level. You go through the periods, I remember being a young player on the fringe for a long time watching Steve Waugh on all the tours and he was a run machine, I wanted to be like Steve Waugh. Then I played with Punter and I wanted to be Ricky Ponting because he's a run machine," Langer said.

Australia were reeling at 122/8 in the first innings of the Test match, but Smith's knock enabled the side to post 284 runs on the board.

England managed to gain a 90-run lead as they scored 374 runs, owing to Rory Burns' century. But Australia in the second innings posted a mammoth score of 497/7, giving England a target of 398 runs.

Nathan Lyon starred for Aussies in the fourth innings as he scalped six wickets, handing Australia a comprehensive 251-run win. Coach Langer praised Lyon, labelling him as a brilliant bowler.

Lyon with his six-wicket haul, became only the fourth Australian bowler to go past 350 Test wickets.

"You see him on the telly, yeah Nathan Lyon, off-spin bowler, but the last 12 months or so I just can't believe how good a bowler he is. He's a brilliant bowler, such good control: he spins, he gets some bounce, great fielder, really good in the team, he's the song master, so that tells you something about his character. He's a gun bowler. Three hundred and fifty wickets - that's an incredible achievement, isn't it?" Langer said.

Australia have now gained a 1-0 lead over England in the five-match series and are on top in World Test Championship standings.

The team takes on England in the second Test match at Lord's Cricket Ground, beginning August 14.