West Indies' Gayle still holds the record of 529 sixes in all three formats of the international cricket. 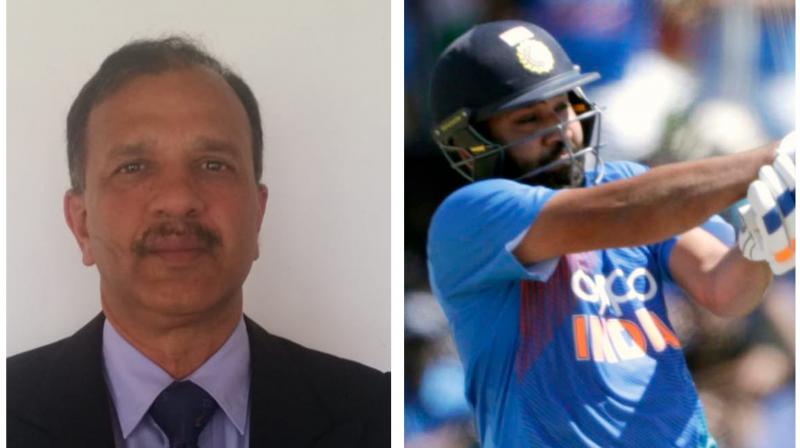 Sharma has surpassed Gayle's record of 105 sixes. However, West Indies' Gayle still holds the record of 529 sixes in all three formats of international cricket.

Speaking exclusively over telephone from South Africa, Athma Maharaj, Keshav Maharaj's father, said, "Was just watching a top class batting display by Rohit. The power that some shots are being played makes my enquiry even more interesting. While we record speed of bowlers delivery, why is it not possible to record the speed of strike by batsman when hitting the ball".

"Worth a look especially when a bowler is bowling a fast delivery and the batsman counters speed of delivery by hitting the ball faster than bowler's delivery. It would really bring stats about how a batsman strikes the ball'.

"I also feel that fielders need to have a look at that as well. A ball being bowled at 140km or more brings the fielder in play especially when he has to stop the ball that speed or more in infield positions. Like a motor vehicle travelling at that speed hits an object it leads to damage to the vehicle or driver.  So the point is that the fielder is also taking some hammering. It would be great to report that the batsman hit a delivery bowled at him or her which they dispatch at probably the same speed or even greater which is fielded", the father of 30-year-old Keshav Maharaj explained.

"What a moment to report that the fielder cleaned fielder or stopped a ball travelling at recorded speed. It would make interesting reporting for commentators as well as fans. Further, it would draw huge interest knowing at what speed does the ball travel when batsman strikes the ball. This is also something that crossed my mind watching World Cup matches also", he signed off.