Afridi took a five-wicket haul against Bangladesh to allow his team to seal a comprehensive 94-run win. 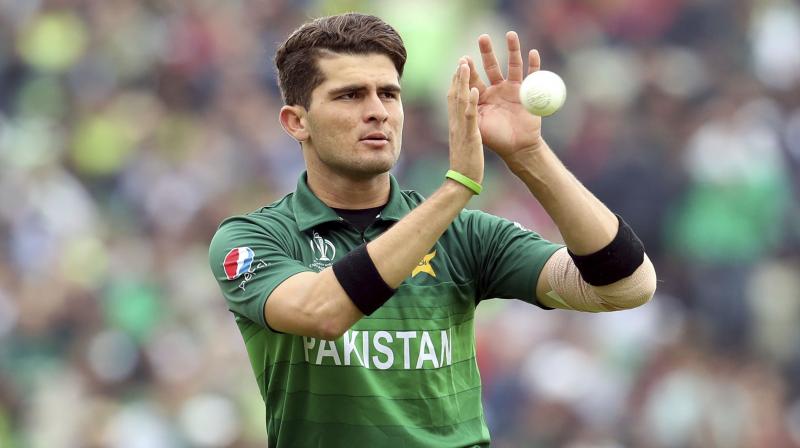 The Home of Cricket, Lord's Cricket Ground congratulated Afridi for his brilliant performance with the ball. (Photo: AP)

London: Pakistan's pacer Shaheen Shah Afridi on Friday made it to the limited-overs Honours Board at the Lord's Cricket Ground during the team's ICC Men's Cricket World Cup match against Bangladesh.

Afridi took a five-wicket haul against Bangladesh to allow his team to seal a comprehensive 94-run win. In the end, he ended up taking six wickets and recorded the best-ever figures for a Pakistan player in the World Cup - 6-35 from 9.1 overs.

The Home of Cricket, Lord's Cricket Ground congratulated Afridi for his brilliant performance with the ball.

Pakistan's Imam-ul-Haq and Bangladesh's Mustafizur Rahman also made it to the Lord's Honours Board.

Imam scored run-a-ball century, including seven boundaries, to power Pakistan to 315 for the loss of nine wickets.

Australia skipper Aaron Finch on June 25 became the first cricketer to make it to the Limited-Overs Honours Boards at the Lord's since the ODI achievements were added to the dressing rooms. Finch played a knock of 100 off 116 balls before England's Jofra Archer dismissed him.

Previously, only centuries and five-wicket hauls in Test matches were mentioned on the boards at home and away dressing rooms at the Lord's. The change was part of MCC's refurbishment drive at the 'Home of Cricket' ahead of 2019 season.

With the change, England women cricketers Sarah Taylor, Claire Taylor and Caroline Atkins' names got immortalised for scoring centuries at the Lord's. Fast bowlers Katherine Brunt and Anya Shrubsole also feature on the honours board for taking five-wicket hauls at the ground.

Among the men, Ricky Ponting, Michael Atherton, and Muttiah Muralitharan's names were mentioned on the honours boards after missing out for so many years.

Interestingly, the world's highest run-getter in both the formats, Sachin Tendulkar, has the highest scores of 37 in five Tests and 30 in three ODIs at the Lords. Consequently, he missed out on his name going on the honours boards.